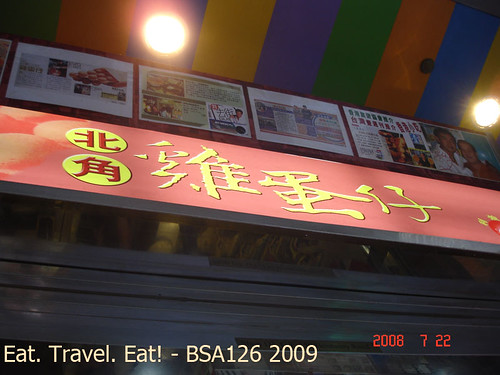 It's tucked away, near the side of the Henessey Road Wan Chai MTR exit. Nearby, there is a McDonalds as well as a Arome Bakery and the Wan Chai Computer Centre. But what is this place? One of the best places we have encountered in Hong Kong for egg waffles, or "Gai Daan Zai".

But, before you settle to buy something in the area, be careful. There are also also other vendors* selling the egg waffles on a not so pernament looking cart. Just know, that this place has a pernament space. The signage will tell you where you are. 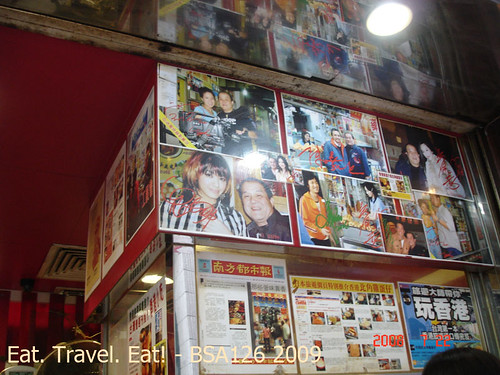 Another hint is this: all the pictures of celebrities as well as many food reviews. Coming in the first time during our summer trip, we didn't really care much about this; we had no knowledge after all. Our way of buying egg waffle is to buy it wherever there is a vendor that sells them. In the past, it has brought us good results; all the egg waffles tasted excellent. Apparently though, in these two years, we can't do that anymore. We find egg waffle shops lacking in quality. It's either WAY too crisp to the fact it is simply hard to even chew, or the inside is all air. And that is a sign of a very bad egg waffle. Sigh.

Then why here? Well, if you have guessed by the celebrity photos and reviews, I think you know why. These egg waffles are simply scrumptious. However, North Point Egg waffle doesn't just sell Egg waffles though. They sell a wide variety of savoury snacks as well as the famed Egg waffle. 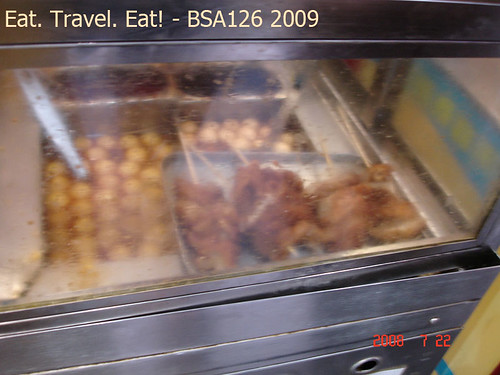 We did try out the fishballs as well as stuff like shumai on one day, and they were pretty good; very tender, but there wasn't enough fish flavor. However, they were steaming hot and with the sauces they provide, it is a great treat. 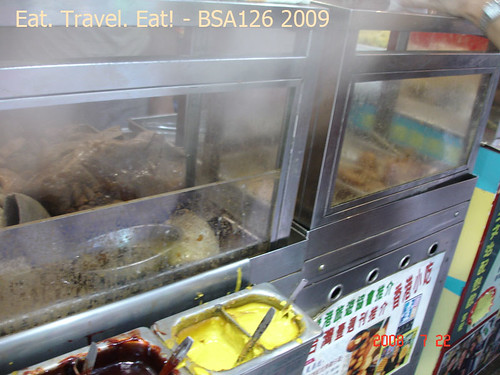 No, it isn't ultra clean either. But sometimes, being ultra clean can yield out bad results. You know in this type of place, you are getting the authentic thing. And those sauces? Very flavorful on the savoury items. You however should not put them on the egg waflle....unless you wished to. 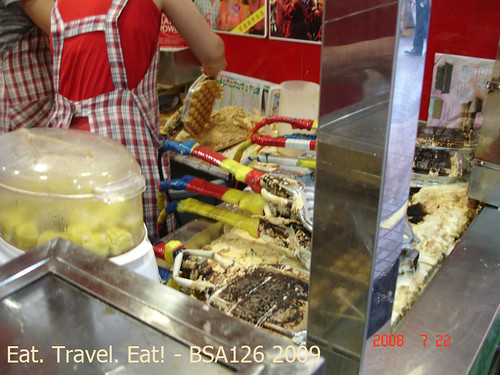 Those shumai steamers are also all over HK. You can find those shumai in MTR stations, street vendors like this place, as well as even in restaurants and all sorts of other places. One place in Tsim Sha Tsui's MTR serves them with soy sauce. That was our intoduction to a shumai that was only filled with a fish filling.

See the char? See the mess from the batter? This is a sign of Yum. And the person in the back is rolling a finished egg waffle. It creates a rounded form which will help when you are hand carrying it.

And after a quick while, we order, and we actually have to wait for the egg waffle to be cooked! A great sign of freshness. Some places just leave the finished egg waffles out for display, waiting for an purchaser to eat it. And that is when quality slips. You see, after a while, the egg waffle loses its heat, and when a egg waffle is cold, you can't really taste the egg batter any more. It tastes sweet with no other special stuff. 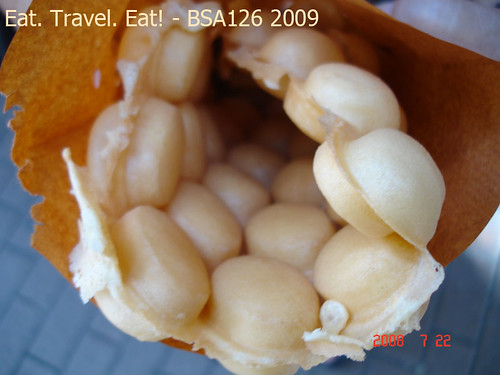 After about a 1 to 2 minute wait though, the egg waffle is ready. You pay 11HKD. (What??? One usually pays 10 or less.). As you get the egg waffle from the cook though, you know why. There are actually holes in the bag so the egg waffle's steam will not condense and make the egg waffle lose its crisp! Cool feature. Maybe that is why they sold it for 11HKD- those special holes.

11HKD though is not a ultra high price compared to places like the Avenue of Stars, where they cost 14+ HKD. Anyways though, it is still cheaper than Tasty Garden. By a whole lot. More than half the price! And so, we enjoyed it. And we came back.

But what did the egg waffle taste like? Not really sweet, and slightly chewy and moist in the middle. It was crisp on the outside, but not to the point it became hard to chew. You could really taste the egg, and the sugar was a good compliment, unlike some stores. In other words, this was a great egg waffle. The short wait was also, much worth it.


*Update April 27,2011: A newer post with current information about this place is at this link: Day 2: 利強記北角雞蛋仔- Wan Chai, Hong Kong