ATR Karen Sklaire: Being In The Absent Teacher Reserve Pool Is The Scarlet Letter Of Teaching 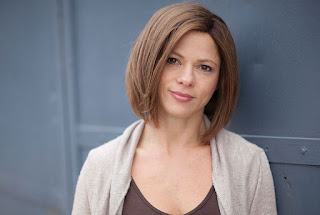 Karen SklaireFinally, an article pops up that does not generalize about how awful all ATRs are. This is good.

The NYC Education Department employees currently in the Absent Teacher Reserve pool or "ATR" list are, truth be told, a mixture of the good, the bad, and the ugly. The major media such as the New York Times, NY POST, and NY Daily News have published stories recently which are misleading and factually wrong. Not all ATRs are the scum of the education system's rejects, far from it. Reporters writing only about the "bad" ATRs who have won their right to continue teaching due to strange circumstances are missing the most important point. The point omitted is that the NYC Department of Education indicts anyone who someone important doesn't like, without consequences. There is no accountability for the wrongful, bad faith actions of a few mean-spirited educators/administrators who use their positions of power to destroy the lives of people who they don't like or dont want to pay for. As one DOE Attorney told me, "Give me some money and I can indict anyone".

In the article I am re-posting from The Chief dated October23, 2017, Karen Sklaire, Aixa Rodriguez, and Gina Trent are not in the ATR pool for misconduct, but for other reasons. They deserve to be given permanent positions in their content areas of expertise. But not all ATRs are as good as these three women.  I will point out some examples of the "bad" ATRs in a future post.

By CRYSTAL LEWIS Oct 23, 2017
It’s the Scarlet Letter of teaching,” Karen Sklaire, a theater Teacher, said of being placed in the Absent Teacher Reserve pool.In November, the Department of Education will move 400 Teachers from the Absent Teacher Reserve into schools. The one-year provisional placements will be based on vacancies that existed on Oct. 16, and will be made permanent if the Teachers earn an Effective rating or higher from their supervisors.Won’t Go To ‘Renewals’The plan has been panned by pro-charter-school groups, including StudentsFirstNY, which rallied worried parents at City Hall Oct. 12. That same day, Schools Chancellor Carmen Fariña announced that Teachers from the reserve pool would not be placed in struggling schools that were part of the city’s Renewal program.A handful of Principals spoke out about their concerns with the Teachers in a recent New York Times article, which was headlined “Caught Sleeping or Worse, Troubled Teachers Will Return to New York Classrooms.”“I cried when I saw the article,” Ms. Sklaire said.During her time at a Manhattan elementary school, she set up a program for students to see Broadway shows, and in 2015, won the Robert F. Kennedy Human Rights Honor for her work in thea­ter and human-rights education. But Ms. Sklaire was excessed in June because there weren’t enough students enrolled in the drama program. The school’s population was shrinking as well. 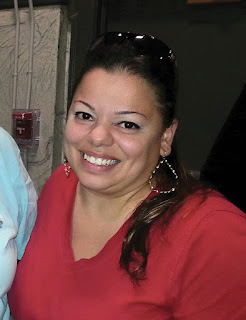 Aixa RodriguezLooking for work as an ATR is “demoralizing,” said Aixa Rodriguez, who was placed in the pool after her school, Foreign Language Academy of Global Studies, closed in 2016.Over the years, funding for the school decreased along with its enrollment, which dropped from 388 students in 2009 to 99 students in its last year.Ms. Rodriguez said that she’s learned to carry a printout of the Highly Effective rating she earned from her supervisors when she goes to hiring fairs. “The first thing you’re asked is, ‘you’re an ATR?’ You can hear them dismiss you,” she said. Ms. Rod­ri­guez was placed provisionally at a high school last year.‘What Did You Do?’While the majority in the pool—74 percent—earned a Highly Effective, Effective, or Satisfactory rating in their most-recent year in the classroom, the stigma of being an ATR hurts even Teachers who perform well on the job.“I don’t identify myself as an ATR immediately,” said Ms. Sklaire, who has earned Highly Effective and Effective ratings throughout her 15 years teaching. “Because you can see it in people’s faces: they’re thinking ‘Oh God, what did you do?’”Like Ms. Rodriguez, most Teachers entered the pool because of a school closing or phase-out (38 percent), or a budget reduction or declining student enrollment (30 percent). The other 32 percent ended up in the pool following a legal or disciplinary case, including cases in which the charges against them were determined to be unfounded.The pool has shrunk from 1,131 Teachers in 2014 to 822 thanks to buyouts, including one in June granting Teachers who left the system $50,000. Randy Asher, who was hired to shrink the reserve back in January, said that all Teachers in the pool would be considered in filling vacancies.“We have full discretion on which Teachers we match to vacancies, and we have discretion not to match ATR Teachers to vacancies based on their work history and performance,” he said. “We’ll look at it case-by-case.”Hiding Openings?But some of the Teachers in the pool are skeptical of that plan.Ms. Sklaire said she’d heard from a higher-up that Principals were hiding vacancies. She said she would hear about a position, then check the open-market and it wasn’t there.For Ms. Rodriguez, who taught ESL for the city for 12 years, “there were no vacancies for ESL Teachers in The Bronx,” she said.ESL Teachers are in high demand because English-language learners are underserved: only a third graduate on time. About a quarter of the city’s English-language students are in The Bronx. “Either that shortage area dried up really quickly, or positions are being hidden,” she said.Uncertain FutureThen there are worries about what will happen to permanently hired ATR Teach­ers once the DOE subsidy for their salaries is gone. During the past school year, the DOE either subsidized half of the costs for such Teachers the first year and 25 percent the next, or the full cost of the Teacher’s salary for the school year.But the schools must pay the Teachers’ full salaries after that. 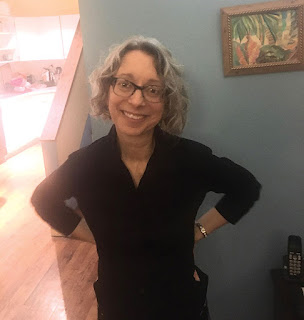 Gina TrentGina Trent, an English Teacher who has been in the ATR pool for 10 years after being excessed from a transfer school, said that when she and other ATR Teachers found out they’ll be permanently placed if they receive Effective ratings or higher, “we all knew the Principals would find a way to give us less than an Effective rating.”
Part of the problem is that the average Teacher in the ATR has taught for 18 years, earning $94,000, according to the DOE—far from a starting salary. Since 2007, the city has used “Fair Student Funding” to determine how much money schools get (including for hiring new Teachers) based on how many students they have, and granted Principals control over hiring.Earning Top Pay“I’ve never met a young ATR,” Ms. Trent said. “Almost all of them are extremely competent and all of them are at the top of the salary scale.”Principals have historically exaggerated the impact on their school budget of hiring someone from the ATR pool, a spokesperson for the United Federation of Teachers explained. The UFT has advocated for the DOE to charge schools a citywide average salary for each Teacher, which so far it has not agreed to do, she said.Ms. Rodriguez said that in addition to being over 40, most people in the pool are “brown.”“There are a lot of whistleblowers in the pool, too,” she said, citing Peter Maliarakis, who settled with the city in 2015 after he complained about grades being changed and was charged with insubordination.Another Teacher she named, Kathy Perez, was placed into the pool after being assaulted twice at M.S. 72 in Queens. She was trampled by disorderly students in 2012, then shoved to the floor in 2013, and underwent back and knee surgeries. She won a $125,000 lawsuit against the DOE for her on-duty injuries last year.The tenured Literary Specialist, who has taught for 21 years and entered the pool in 2014, said that she’s been floating from school to school in her district.‘We Can’t Afford You’“Assistant Principals have told me they’d love to keep me but they can’t afford my salary,” Ms. Perez said.“Fair Student Funding needs to go,” she said. “That whole concept is absurd. I get paid whether I’m in a classroom or I’m floating around. So for a Principal to say ‘I can’t afford you’ is ridiculous. It forces Principals to hire cheap Teachers.”Ms. Trent added that the reasoning behind the backlash against ATR Teachers is flawed. “Most of the backlash is parents saying they don’t want their kids to get stuck with a bad Teacher, but ATRs are more-experienced Teachers. Studies have shown more-experienced Teachers are generally more effective,” she said.