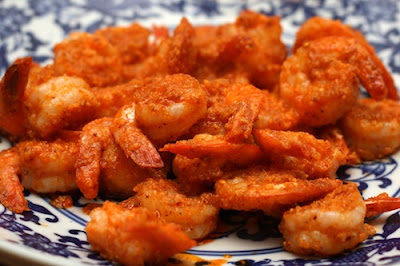 I had a kind of a flash situation occurring--but these still look good, right?
I was so close to throwing it all away. Frank’s Red Hot and I were on a bus for Vegas, his glassy red-hot self beside me, promising me the world (of tailgate-style food), but I couldn’t go through with it. The thought of Michael raising the kids blandly without me, while I frolicked with my spicy love? I knew it was wrong. So deliciously wrong. But we’re still friends! Friends with benefits even, the benefits being vinegar and heat and chicken wings and quesadillas and Corn Chex nachos, and fantastic, if slightly damp, popcorn. Oh Frank’s, I don't just "like" you on facebook. I love you. (Speaking of, did you read this? It’s really good.) 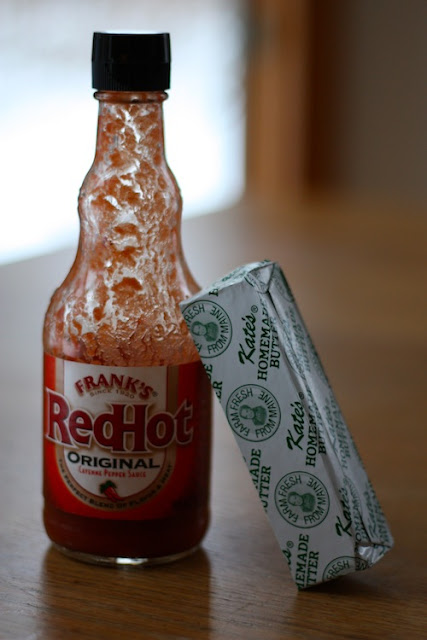 Frank's has moved on, I see.I love all things buffalo. I am the person who orders the Buffalo Chicken Salad, and you’re like, “What the? That’s not a salad! That’s fried chicken with blue cheese dressing and some lettuce shreds that by accident got underneath it!” And I’m like, “I don’t care.” I order buffalo chicken pizza from Bruno’s; I order buffalo chicken wraps when I see them. I would do my bedroom in buffalo chicken wallpaper.
But I don’t make buffalo chicken wings. Because we live a half mile from a bar that serves them, and even though Ben and Birdy are always the youngest people there by six years, and Michael and I are always the oldest people there by twenty years (are you getting a sense of the demographic?) we eat there at least once a month. Once a week, if we are flush or feeling flush. Because they have the best buffalo chicken wings in the world. Also glasses of beer so huge that, to lift one, you need two hands and the core strength of a college student who does either varsity hockey or pilates. (I just kind of lean over and slurp until I can pick it up.) We get the wings extra-spicy and extra-crispy, with an extra side of celery—and they are the wings of your wingiest wing fantasies: crunchy and juicy and pulling kind of stringily-but-cleanly off their bones, and drenched in enough vinegary, buttery, lip-tingling sauce to fill your daydreams for days. Sigh. (Note: the children eat Boneless Honey-Barbeque Wings because they are only children and Can’t Be Expected to Know Better.)
But I don’t even want to try to make buffalo wings, because you need to deep fry for them to be good, and I don’t deep fry at home. That’s one of my own personal rules: for bar or diner food, we go to bars or diners. Happily. So. What to do with the buffalo craving? Buffalo shrimp! Granted, I’ve never actually eaten buffalo shrimp except these that I make. And I’ll be damned if I’m going to dredge each shrimp in flour, egg wash, and bread crumbs before frying, like all the online recipes recommend. So this is my alternate method: rub them with cornmeal, and pan-fry them before soaking them in the usual Frank’s/butter magic. They are very easy, truly, and nothing short of wildly delicious. I just wish shrimp were cheaper. Buffalo tofu! I’m on it.
Buffalo ShrimpServes 4, as long as one person eats bread and goat cheese insteadActive time: 10 minutes; total time: 25 minutes
The cornmeal keeps a certain crispness alive, even after the saucing. Be prepared to crave this constantly.
1 pound medium shrimp, peeled and deveined (thaw frozen shrimp by running cold water over them in a colander for five or so minutes; I use frozen "Whole Catch" peeled, tail-on raw shrimp)2 teaspoons kosher salt (or half as much table salt)½ teaspoon Old Bay seasoning (this is optional, but I like the way the flavor cues me to the fact that I’m eating seafood, if you know what I mean)1/3 cup cornmeal1/4-1/3 cup vegetable oil (enough to coat the pan generously)¼ cup Frank’s Original Red Hot½ stick butter
Rub the shrimp with the salt and the Old Bay, then set it aside for 10 or 15 minutes. Drain it, then blot it well with paper towels. I always think about putting it in the salad spinner with a wad of paper towels, but then it seems like all our salad would be shrimpy forever after.
Sprinkle the cornmeal over the shrimp and rub it all together with your hands so that the shrimp are more or less coated.
Heat the Frank’s and butter together, in a small pot or the microwave, until the butter is melted.
In a wide nonstick skillet over medium heat, heat the oil until it is very hot but not smoking. Add all the shrimp to the pan in a single layer, and cook around three minutes, until the bottoms are golden and crusted. Flip the shrimp (I do each one individually, with tongs, and it is not as laborious as it sounds), then cook until golden, around 3 minutes more.
In a large bowl, toss the shrimp with the sauce (or keep some plain for kids who might like to dip in the sauce but not be smothered), then serve with celery sticks and blue cheese dressing.
Die, it's so good. 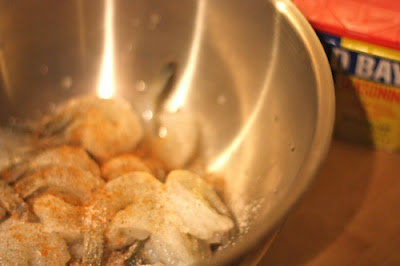 Shrimp tossed with salt and Old Bay. Don't skip the salting, okay? It makes them so meaty and good. 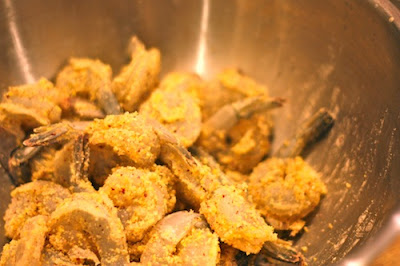 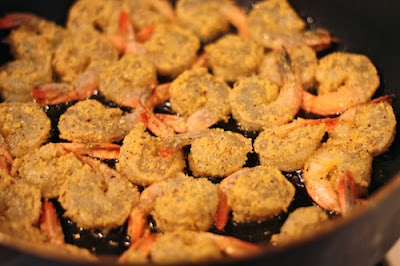 Frying the first side. 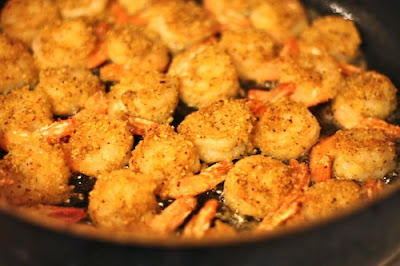 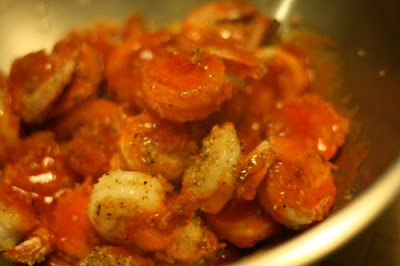 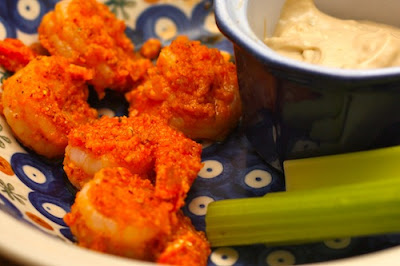 Served in the classic style. Except that, sadly, many are already eaten.