Tex here, and, you know, my husband and I watch a lot of Food Network. Chopped and Diners, Drive-ins and Dives are two of our favorites. In DDD, Guy Fieri travels the country, introducing viewers to, well, diners, drive-ins and dives and the fare that they offer. Not an episode goes by that I'm not drooling over something or thinking, "I should make that."
So when we decided to do hamburgers this past weekend, I wasn't content with just the same ol', same ol'. No. I wanted to shake it up a bit.
Then I remembered my friend who processes her own deer meat and how she mixed ground uncured bacon (at least that's what she called it, but I think it was probably just pork belly, which is where bacon starts) with venison. Now that was some good eatin'.
Well, I had bacon and I had lean ground beef. Why not give it a go.
So I pulled out the grinder attachment for my mixer and ground up a 12 oz package of bacon. Actually, I thought I had a pound, which I was going to add to three pounds of ground beef. Since I didn't, though, I cut the ground beef back to about 2 1/2 pounds. Basically, I wanted a 3 to 1 ratio. 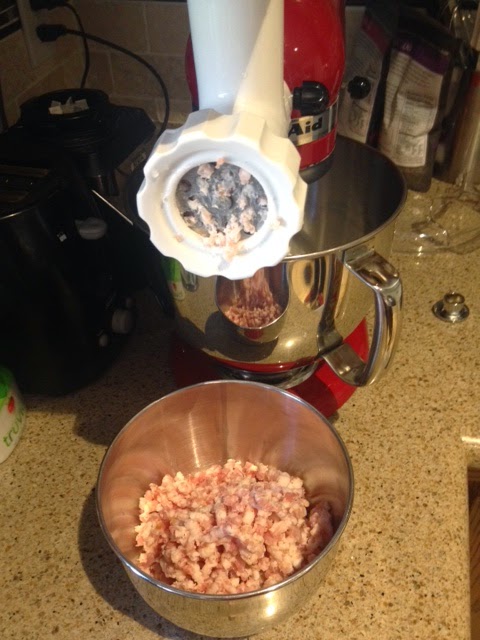 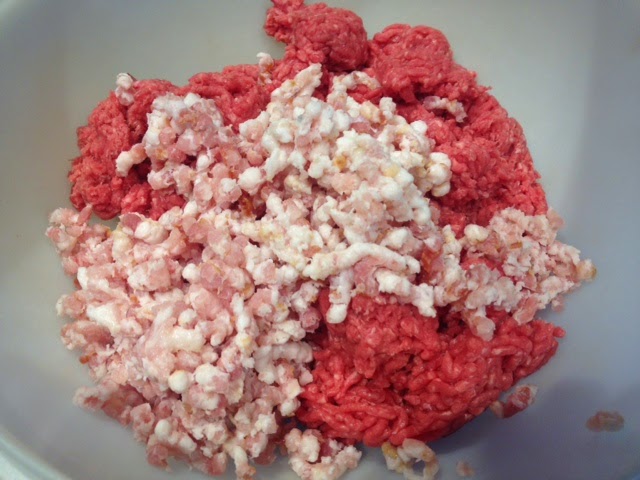 And mixed it all together with my hands. Yes, they were clean. Then I balled the meat into 6-8 oz portions. 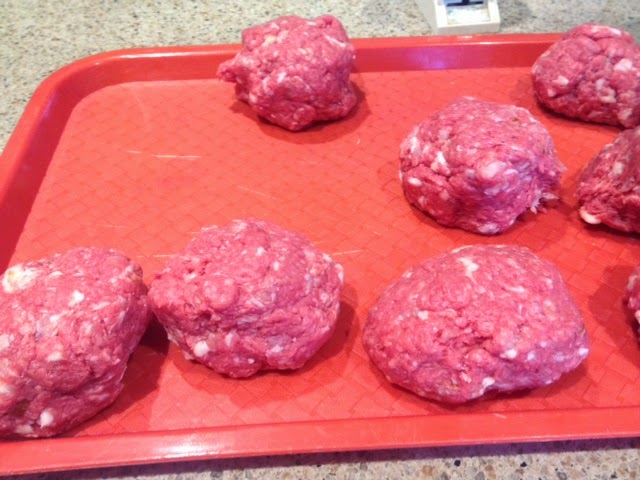 Once my skillet was nice and hot, I'd throw on a ball or two, immediately flattening them with a metal spatula, sprinkle just a tiny bit of Montreal Steak Seasoning (don't need salt since its in the bacon) and let them cook 3-4 minutes before flipping them. 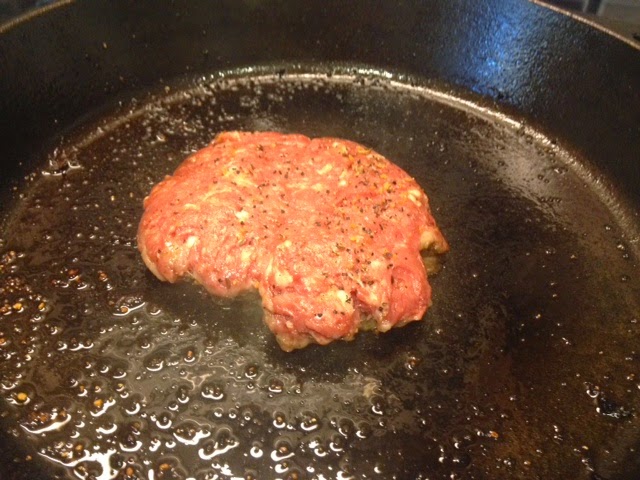 Then I toasted some sesame seed buns for those who wouldn't know a carb if it hit them in the face. 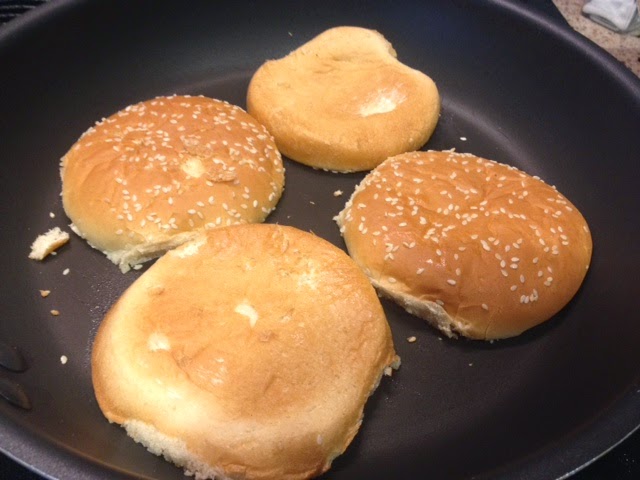 Me, I simply topped mine with thin-sliced Monterrey Jack cheese, onion, mayo, mustard, ketchup and, finally, a bit of lettuce. 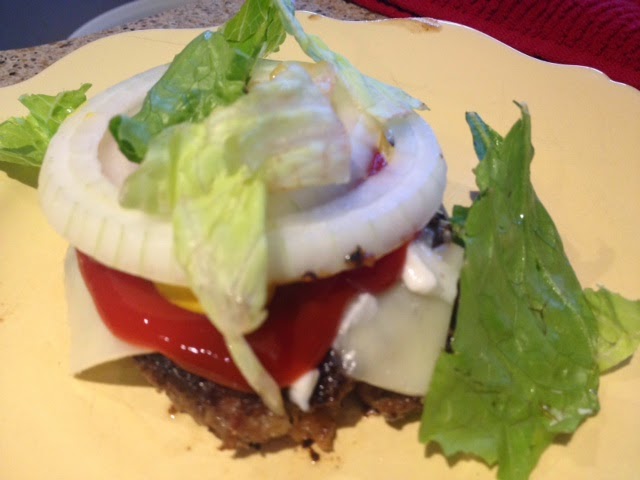 The result?
Oh. My. Word. This could possibly be one of the best burgers I have ever eaten. The amount of bacon was just right. Its flavor didn't take over, simply married with the ground beef , creating a flavor profile that should not be missed.
Will I be doing this again?You betcha. I can hardly wait until next time. And I can't wait to do it with venison. Sorry, Kav. ;)
What are some your favorite experiments in the kitchen?