Before you read the story below, take a deep breath, and realize that it is not just you who believes that there is something terribly wrong with a system that allows such absurdity. 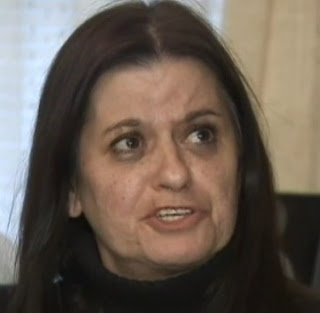 Janice GrafCENTER MORICHES, N.Y. –– “I couldn’t stop crying,” recalled Maddy Ziminski of her recent dark spell where she said she had an emotional breakdown.“It was really a rough month, something included in that was I lost two people really close to me,” Ziminski said.The senior from Center Moriches High School turned to art teacher Janice Graf when her school psychologist and counselor weren’t doing enough.“My whole life as well as other students, have been told to trust your teachers and go to them when you need help and that’s exactly what I did,” the 18-year-old told PIX11 News.In attempt to comfort the troubled teen, the teacher took her to a local 7/11 – with her parent’s consent – where she bought her a cup of hot chocolate.“She was able to come back to school after that and go back and finish the rest of her day and finish her classes and she never missed another class,” Graff said, referring to the impact the conversation had on the teen.Despite the gesture, officials with the Center Moriches School District took the 30-year veteran out of the classroom and reassigned her, claiming she broke the rules.“She’s been deprived the ability to teach her students,” Ziminski’s attorney told reporters during a press conference Thursday. “She’s been reassigned and basically put in a rubber room and to a teacher who’s dedicated her entire life to this – it is an indignity that should not be suffered.“Graff is now fighting to get back into the classroom, two weeks after she was banned in a decision that the teen’s mom calls disgusting.“I don’t feel like it was a rule being broken and I was just thankful she was there for her,” Joanne Ziminski said.The Center Moriches School District did not immediately respond to PIX11’s calls for comment.In a statement issued by School Board President Joshua Foster, he said “The board acts in the best interest of both students and staff.”The violation that Graff committed remains unclear, according to Ziminski’s attorney.Graff was slated to retire this July.