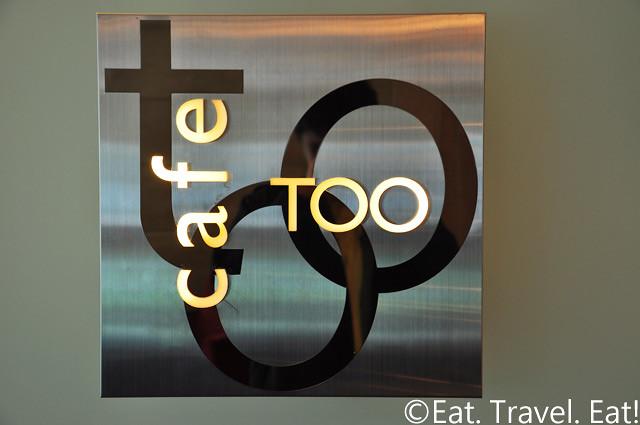 A lesson for all: when traveling, try to stay healthy and not get sick. Becoming sick takes plenty of time away from your vacation! 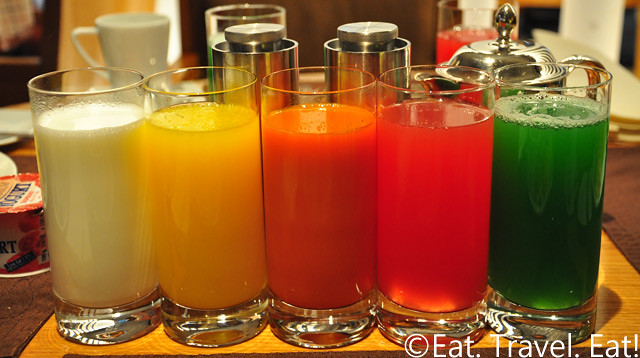 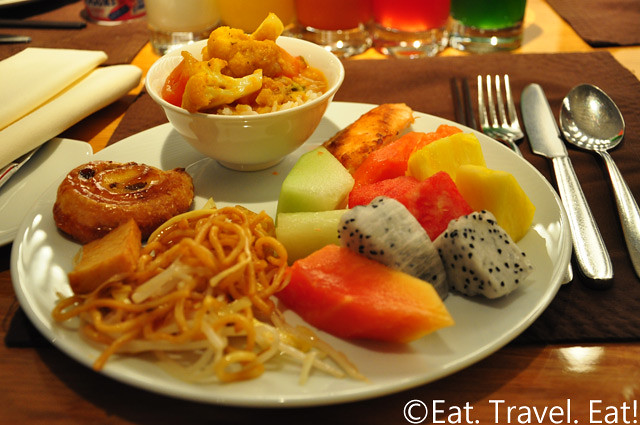 What seemed like a picturesque morning in Hong Kong on the third day of this trip did not turn out so well for me. Picking up the food, everything tasted great but then, sickness started to appear and the day ended completely in the hotel room.

Contemplating what might have caused it was confusing, as there were not many obvious suspects of where this sickness could have come from. But later, it became more obvious that the room's air temperature gauge was quite off, typically still staying hot although we had set it to a low temperature. So promptly the day after, we requested a room change which was done without complaints!

The next day, my condition went up for the better. Still, just to play safe, I took only light choices from the buffet. Plain congee with lettuce and some pieces of bread with honey isn't exactly a buffet seeker would want, but for me it was quite tasty. Our server definitely noticed my lack of eating; he did not include my meal as part of the check!

Being a better condition this day, I decided to get a light lunch with a companion-- this was quite difficult as most places did not offer any vegetarian options or if they did, they were salads of which I did not want that day. In this process we walked all over the surrounding area-- not only just Pacific Place, but also Admiralty Centre, Queensway Plaza, and United Centre. The other malls were essentially several entry points to office buildings, but they offered plenty in food and shopping that were not too expensive. There were plenty of major chains like Canteen (operated by Maxim), Bistro Delifrance, Kee Wah Bakery, Tai Cheong Bakery, Fairwood, McDonalds, and Cafe de Coral. Several markets were also located in these malls, like Park and Shop's MarketPlace and 7-Eleven. Overall, this walking experience was great in learning about the surrounding area--we would know where to get some food that was more reasonably priced nearby--but we did not actually get any food from any of the vendors! Instead, we headed down to the Admiralty MTR and got a Avocado and Parmesan Sandwich (45 HKD) at Pret a Manger and a Pumpkin and Raisin Bread at Maxim Bakery (11 HKD).

So much for walking for more than an hour right? But walking around the surrounding area was a very fun experience. We enjoyed our "lunches" in the hotel room with a hot cup of Boh tea (the orange flavored variety)-- both were great, with the avocado and parmesan sandwich nicely seasoned and pumpkin and raisin bread soft and sweet with plenty of candied pumpkin and raisin. However, the Maxim's pumpkin and raisin bread had preservatives and food coloring--most large chains in Hong Kong have one or both of these in their products, so read the ingredient list!

Find the rest of the posts in this series at this trip's TRIP INDEX.


P.S. Sorry for not posting often this month; it has been very busy. Look back hopefully for a post in two weeks!