In mid March I attended one of the free workshops given at my local library called "Decluttering the sustainable way", by Lindsay Miles, author of the book "Less stuff - simple zero-waste steps to a joyful and clutter free life".
A very relevant topic, it was well presented and very informative and I learned a few things too. 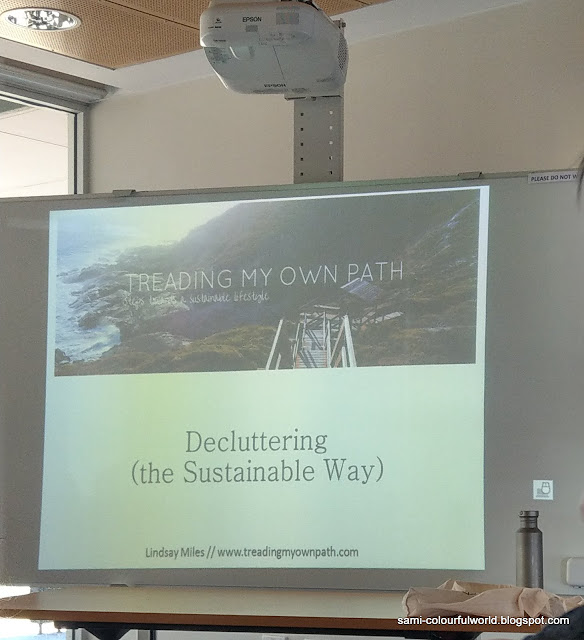 One of the things I learned is that unfortunately Charity shops are overloaded with stuff which is sometimes useless, broken, dirty, and they actually have to spend lots of money to send it to landfill.
For the first time I heard about the Facebook "Buy nothing project" where you can give things away to your neighbours.
Not sure if it's a world wide project, but in Perth many suburbs have their own page.
When I got home I joined the group.

Originally comprising 4 suburbs, this group had reached over 1000 members making transactions difficult. A few days after I joined, the group was split into 4 different groups.
Now if I have something I no longer use I offer it to the group, which now reaches close to 200 people. If no one wants the first time, I advertise again a week or two later and if there are no takers then I take it to one of the Charity shops.
To date I've given away flannel fabric, a bag of quilting fabric, wool, pictures that I've had in the garage for years (no more walls to fill in my house), unused books, vases, pots. 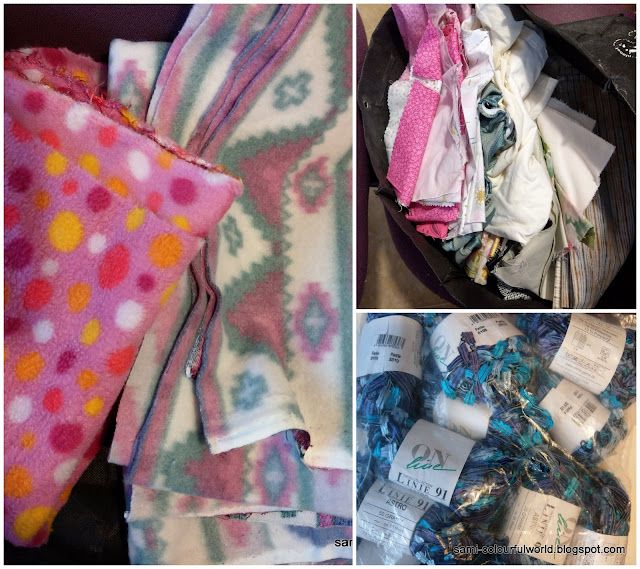 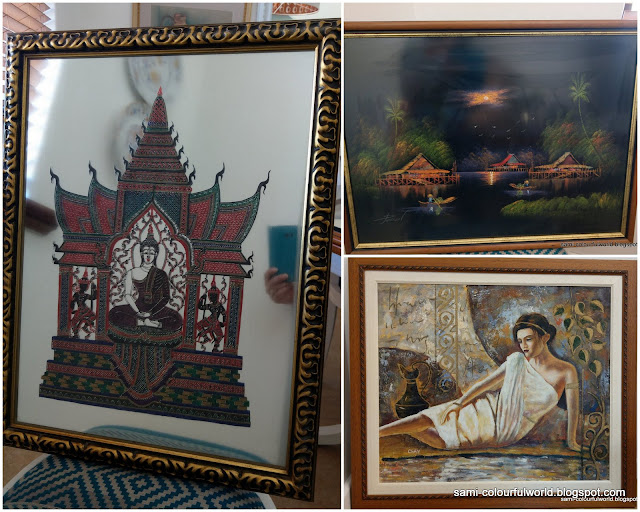 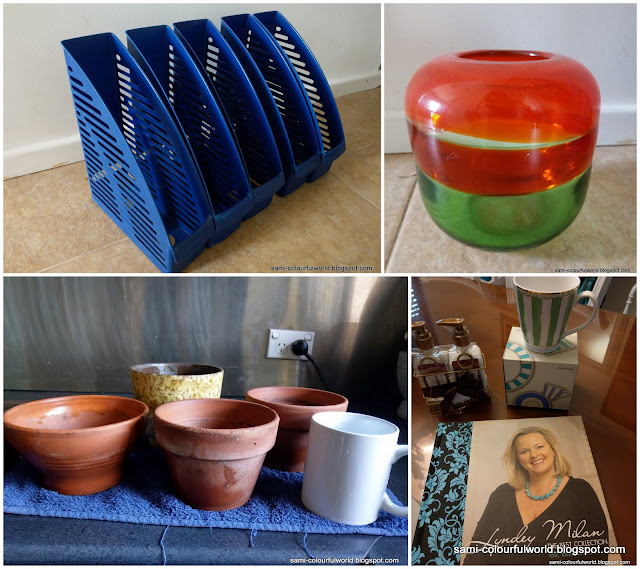 From the group I've also received some succulents, a blue necklace (I love blue), a couple of mirrors which I've used in the garden, and a small foldable picnic table... 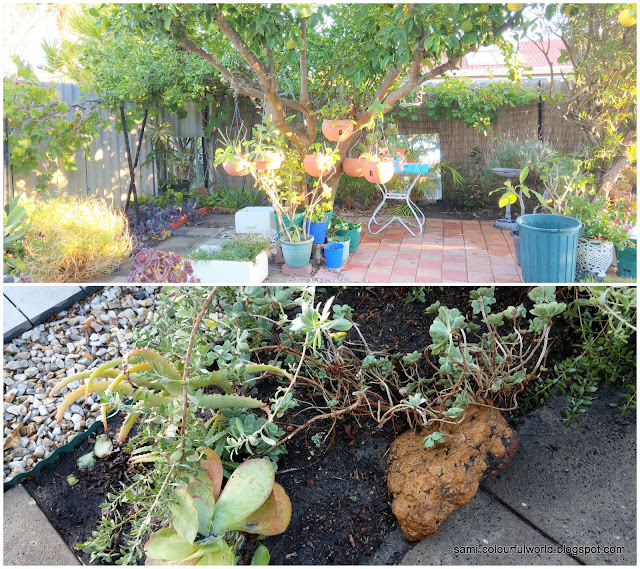 Mirrors I used in the garden (on the corner and behind the lemon tree), and the succulents.A few weeks ago there was a Garage No-Sale and I picked up this beauty which I intend to paint.

Last week I put my name down for this sideboard, also to be painted.
Only two people showed interest, and the other couldn't arrange pickup. The owner, an elderly lady who is also selling up and moving to a retirement village wanted it collected soon. 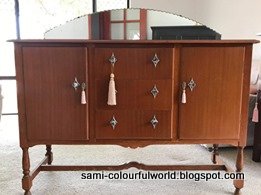 Two days later I arrived at her place (just 500mt away) with a measuring tape and realized it wouldn't fit in my husband's 4 wheel drive. I returned home to get our old trailer, that gets more use by friends than from us.

Now, I'd never driven with a trailer, but tried my best to attach the trailer over the ball in the car. As soon as I drove out of the driveway and turned right, the trailer just carried on straight to the kerb on the other side of the street. Luckily I live in a very quiet street with just local traffic.
I jumped out of the car and pulled the trailer up to the car and realized I hadn't locked the trailer ball previously.
When I reached the lady's house on a cul-de-sac I tried to unsuccessfully reverse the trailer into the driveway, quite a few times.

A guy across the road who had just arrived from work saw my predicament and offered to do it for me. It still took him about 3 or 4 tries before he got it right.
I thanked him and decided to be bold and ask if he would help me lift the sideboard onto the trailer. I had taken 2 moving trolleys to be able to do it myself, but it would be easier to get help of course. The unit was heavy, but I removed the drawers and shelves to make it easier.
When it was on top of the trailer I thanked him and promised to be back with a carton of beer.

Now, how would I drive backwards into my long driveway again? And how to get the sideboard so I could store the trailer?  (Remember my husband is away and my son would only be able to come and help 4 or 5 days later).
I drove forward, put the two trolleys below the trailer, and slowly pulled the unit down and wheeled it into the garage. I unhooked the trailer and pushed it into its place and drove the car into the garage.
Phew!! What a job, all for a pretty piece of furniture.
And my helper? After all done, I drove to the Bottle Store, bought a carton of beer and dropped the beers by the door with a little thank you note. He deserved them!

Now, what do you think of my acquisitions?
Of course with anything that is free, we have to be careful and not just take everything that is available, because otherwise instead of clearing the clutter we are collecting more clutter.

I've also met a couple of lovely ladies, and the other day I even recognized one in the supermarket and chatted to her.
So I'm thankful for being part of this small community that not only gifts things, but there's also an emphasis on offering your knowledge or time to teach others or help others in the community.