I wasn’t going to do any more Halloween stuff—it’s HERE already! But I had some time yesterday to play in my craft room, and I had been kicking this idea around in my head for a long time, and after seeing the JUGS Wild Card challenge 108 (alter a frame), hosted by my sweet friend Elise, I just did it! I am not sure if this really is altering a frame; it is more like altering what was in the frame! So here we go: 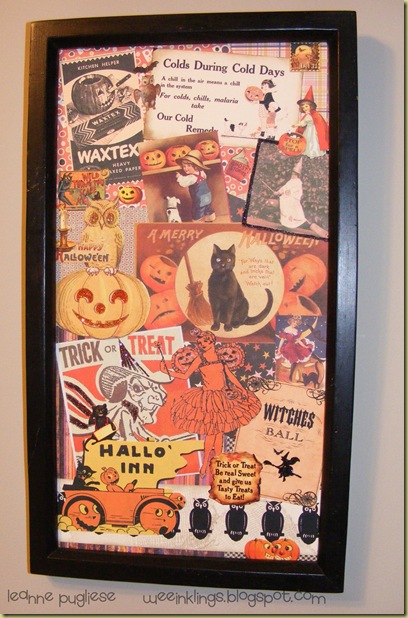 I got three long frames (16”) at a yardsale for $3—I dissected one and just slapped on a bunch of vintage Halloween images from the Graphics Fairy, Heartwarming Vintage and Crafty Secrets. I added some glitter and a little tiny bit of stamping & shading, but mostly it was first-grade cutting and pasting!!! 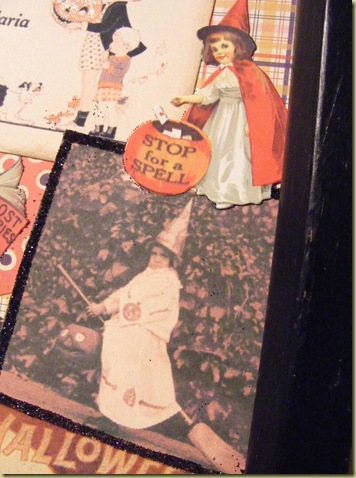 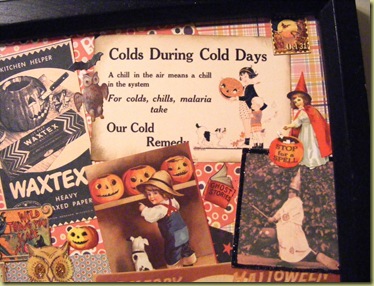 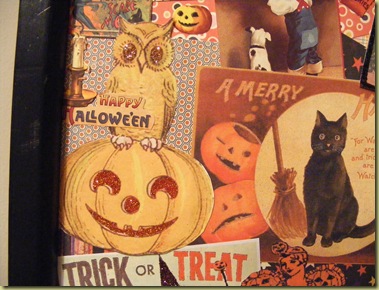 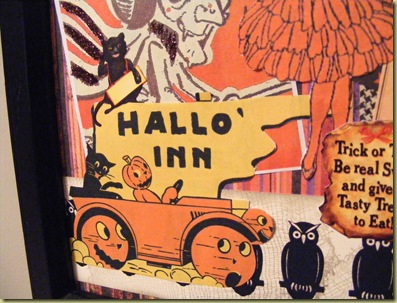 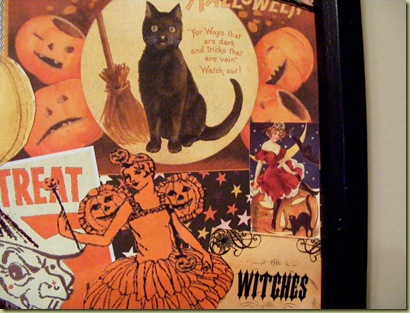 I would have liked to have added some medallions and some other spooky elements along the frame itself, but DH wanted his dinner, so I had to stop! It was a fun project though----I have ideas in my head for the other two frames now! Thanks for visiting and have a fun Halloween! And don't forget my blog candy here! 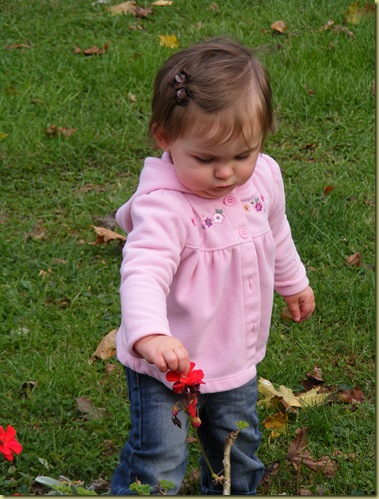