It was just recently that I had embarked on the idea of trying out a katsu journey towards what was once the ramen frenzy. I have not visited all of those ramen places that had sprouted all over the Metro, and I am not sure if I will even make my rounds for all that katsu.

I love cabbage. Probably much more than katsu actually. Unless it tastes extremely good, I won't eat it for another few weeks or months. It is just one of those things that I do not really crave for, and I am not such a great fan either... but there is always a first time.

Ginza Bairin, one of the latest residents in the neighborhood looked quite nice from all its features and photos that I saw online. I had to try it for myself. Because of its unlimited cabbage and great flavors that left some great memories from the ones that I've had in Tokyo, I wanted to compare.

One Thursday morning some time around eleven in the morning- my regular lunch date Pria and I decided to meet up to sink our teeth into some juicy katsu!

The menu was quite simple and did not complicate my eyes; so I did not have a difficult time choosing. I went for the Rosu Katsu (moist flavorful loin, as written on their menu). There are set menus from Seafood Sets, Katsu Curry Sets, Mixed Katsu Sets, Ginza Bairin Sets... and a few more! They all come with a bowl of rice, miso soup, cabbage, and some picked cabbage. Pria and I also ordered the Potato Salad and Korokke which was only two small, but yummy pieces.

Our first bite into the katsu was memorable. It was really tender... crisp with no distraction and... quite good. It was rather juicy after all! The following day, I told Luigi and my kids about it since Hermes and Sacha like Ebi Fry. We went there for lunch. I am sad to say that my Rosu Katsu was not as tender as it was the day before. Not bad, just not as tender to the bite.

But, that will not stop me from visiting again. 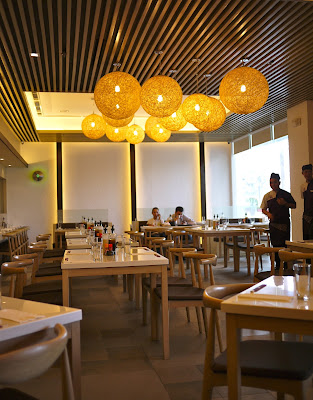 At eleven in the morning, the restaurant remains empty. 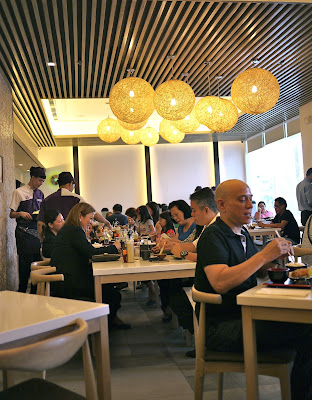 Shortly after, the restaurant begins to fill up and the place gets packed! 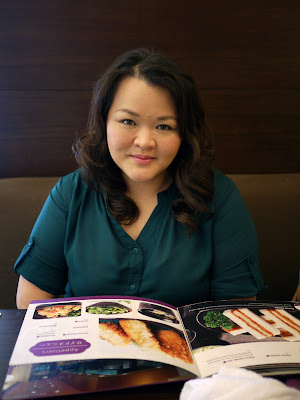 Pria. Before studying the menu. 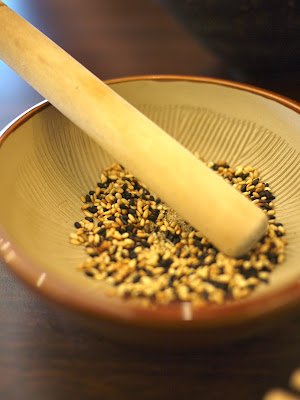 Tradition and grinding your own sesame seeds for the katsu sauce. 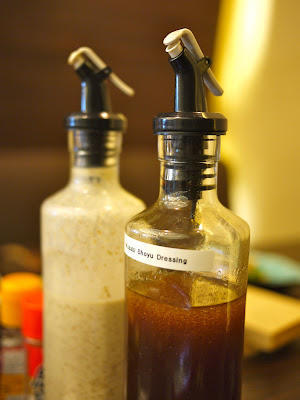 These dressings were good. It's a good mix when you drizzle both over your cabbage! 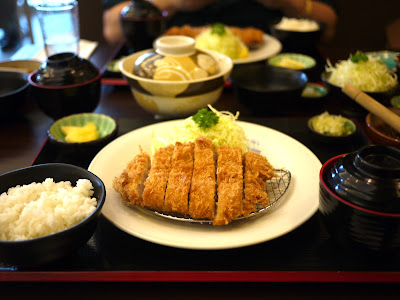 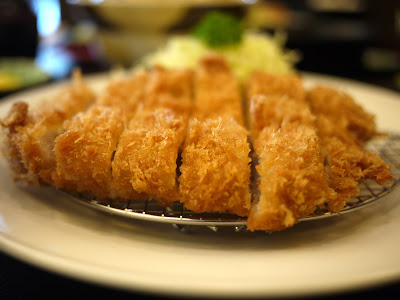 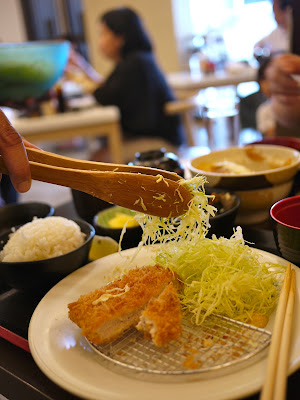 More cabbage for me! 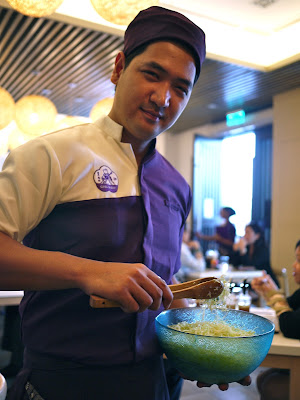 The cabbage server posing for the shot! 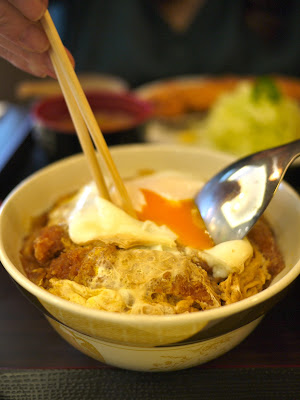