Mother's Day At The Santa Anita Westfield Mall: The New Promenade And Lunch At CPK 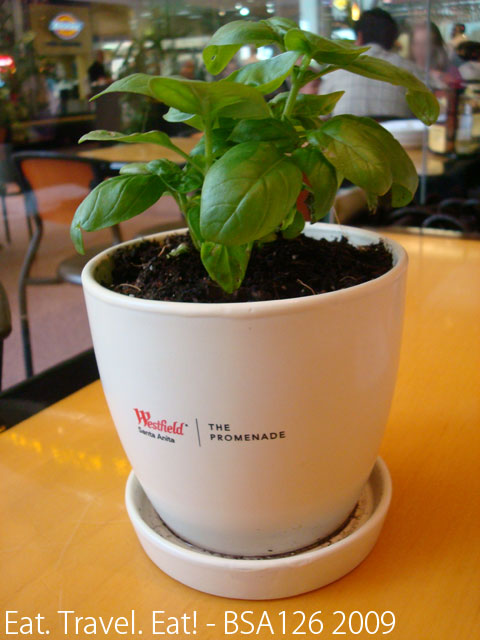 I always like to go visit any new thing in town, if I have time that is. A few years ago, I was able to at least drive by the new "Restaurant Square" expansion, and that was very amazing at first. The blue lights, modern architecture, and huge parking structure amazed me. It was very different than what one would expect.

Westfield recently these years then started to make a plan for "The Promenade", which seemed to be a counter arguement for Caruso's "Shops at Santa Anita". They fought for at least a year or so. Westfield made a group called Arcadia First! to stop Caruso.

Caruso won- they received building rights from the Arcadia City Council. But what happened? Nothing happened. The south parking lot of the Santa Anita Racetrack is still...the same.

Meanwhile, the Arcadia City Council seemed to be frowning at Westfield at the Promenade. Parking was already a pain during weekends. With the expansion, things could only get worse right?

NOT. Westfield responded by building a huge 2 level parking lot UNDER the expansion, and made the expansion go to the second floor to attach to the existing mall. Smart idea! And before opening, we had already parked in the area. Very nice- cool and shady. No need to leave the car out in the sun anymore.

And on the week where Mother's Day weekend would follow, Westfield opened the Promenade. Unfortunately, I couldn't go. But we did on Mother's day!

First things first. Right when we entered, what did we see at the parking lots? HUGE Rusnak Audi (where we had went for the Audi and Porsche "Launch Event" a few months ago) posters were placed on the walls. They must have paid a lot for that ad.

We found a space quickly and luckily, it was right next to Nordstroms too! We went up the second floor, and what I saw was the Promenade.

Nope. It was Westfield's herb farm giveaway for moms during Mother's day. And we were able to get a plant too! The plant was basil, and the pot was actually ceramic and not some flimsy plastic pot.

After getting our plant, we decided to go to eat at CPK. The people definitely were very friendly today. Everyone seemed to be in a good mood. Our server served up water with lemon and honey, which is not very typical now these days at CPK, and served bread when we ordered. And since our server saw my camera, she decided to ask if we wanted to get a group photo. We happily said yes :).

Soon, the food came, and we started to eat. One of the items we ordered was the Jumbalaya Pasta. 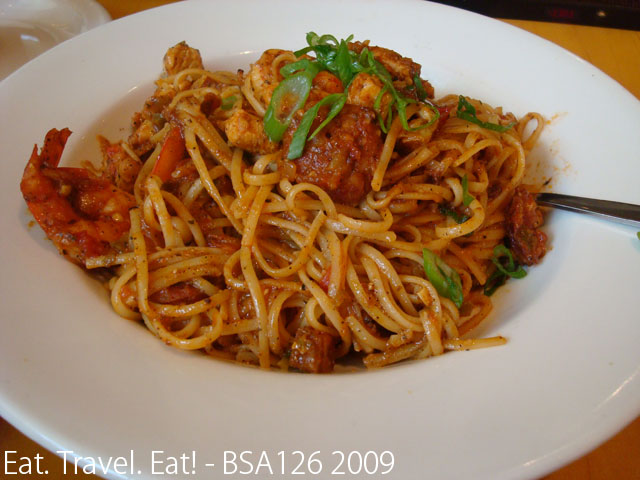 According to the menu, the Jumbalaya Pasta has "Blackened chicken and shrimp in a spicy Jambalaya sauce with crawfish, Andouille sausage and Tasso ham served on linguini fini and topped with fresh green onions." And it was just that, except for that the chicken did not seem to be blackened at all. We like that anyway.

There was plenty of properly cooked shrimp and andouille sausage as well. Overall, the dish had lots of flavors from the many different ingredients and it was slightly spicy with a hint of tomato. The linguini was cooked to a al dente state and was very tasty. 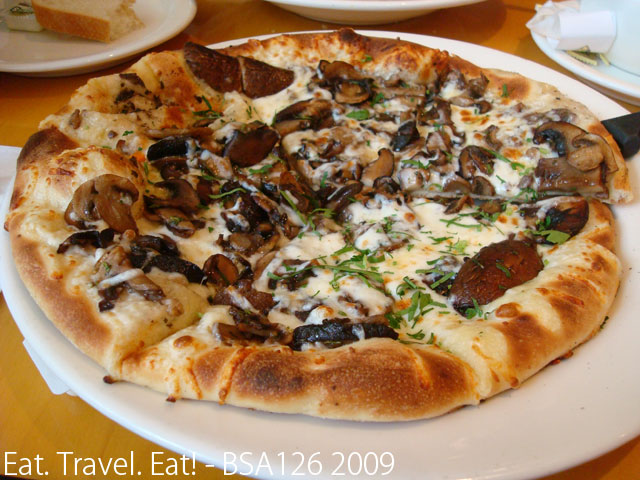 And the Wild Mushroom Pizza was just as good. The crust was particularly airy and pillowy feeling this visit and was very tasty. As usual, there were plenty of mushrooms which gave the pizza a lot of flavor.

After finishing lunch, we set off to look at the mall- and it was busy with lots of special events. But, we couldn't partake in it as we had to go somewhere else.

I'll be back to visit though soon so I can snap some photos of the Promenade!