One Day At A Time

Why would gay teenage boys like One Day at a Time (1975-1984), the sitcom about Indianapolis divorcee Ann Romano (Bonnie Franklin) and her two teenage daughters?  Sure, it was hip and "with it," one of the stable of realistic comedy-dramas that Norman Lear trotted out -- All in the Family, The Jeffersons, Sanford and Son, Alice, Maude -- for audiences sick of 1960s fantasy and hillbilly fare.

But there were no gay characters.  No "mistaken for gay" episodes.  No episodes where regulars discover that their brother/college buddy/coworker/coach is gay -- even Alice had one of those.  For all its hipness, nothing but weeks and months and years of dreary heteronormativity. 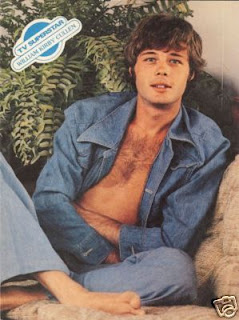 So what was the attraction?

1. The endless parade of boyfriends.  Practically every hunk in Hollywood over age 30 played one of Ms. Romano's beaus, and practically every Tiger Beat fave rave guest starred as Barbara or Julie's dates.  Two long-running teen dreams were Chuck (William Kirby Cullen) for Julie: 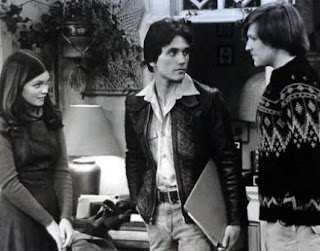 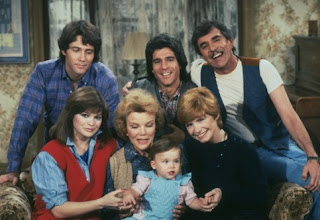 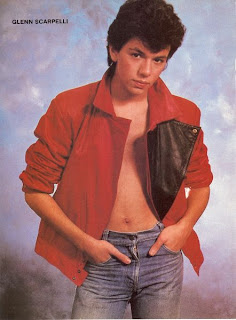 2. In 1980, after Ann's boyfriend dies, she adopts his 14-year old son, Alex Handris (Glenn Scarpelli).  Usually end-of-series cast additions are a disaster, but Alex brought wit, style, and humor to the doddering series.

And a decided lack of interest in girls, in spite of the "I'm so into girls!" lines that the scripts made him say. 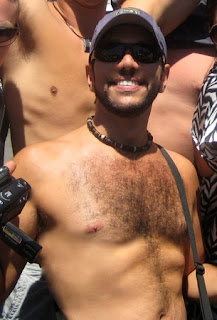 Glenn Scarpelli came out a few years after the show ended.  Today he runs a public tv station in Sedona, Arizona with partner Jude Belanger. He also seems to have joined a gym: