After a very long time growing bonsai my first bonsai conference was an interesting experience. Perhaps it was complicated by doing a little pottery promotion on the side, but in the end I was rather pleased not to be locked down into being a shopkeeper for the duration, selling pots, instead able to enjoy the demonstrations, presentations and company.

Ryan Neil's demonstrations were everything they could have been; good horticultural science and good bonsai; art, aesthetics and practice. The absorption of mature elements of Japanese culture is also present. He was also a prime example of many Americans in public life - very good at using just the right number of right words to get the message across, and then in an entertaing way. He has a great future ahead of him and is not to be missed if you have a chance.

Here are a few pictures of trees in the show. Pardon the photography but the camera obviously didn't adjust to the lighting well. 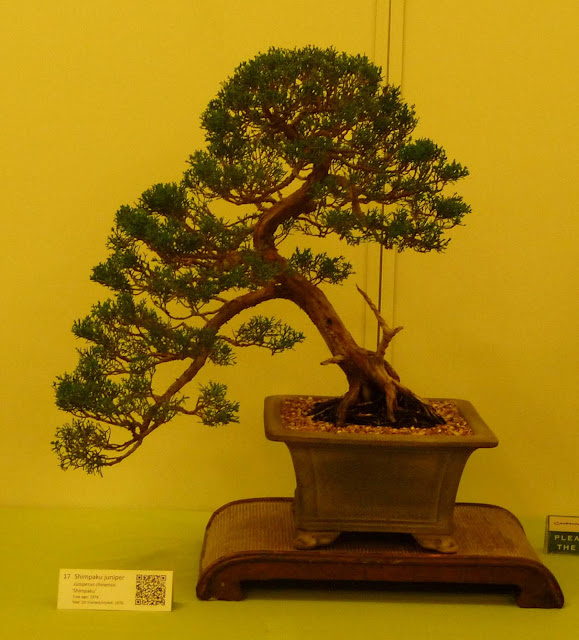 Shimpaku Juniper  1976. I've only got a few small shimpaku myself; they sure are slow growers. After seeing all the native junipers in the SW USA I am more than ever inspired by them. I actually called into Leong Kwong's place in Caringbah on the way home and pickup three Sargent Junipers to work on. I'll show these soon in a post. 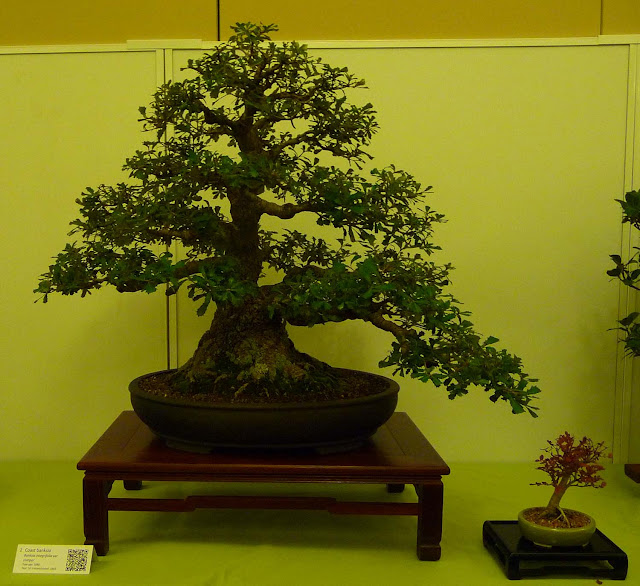 This one is a Banksia Integrifolia of 1980 and my pick of the trees on display. I was impressed with the number and quality of the Ausrtalian natives under cultivation and on display. 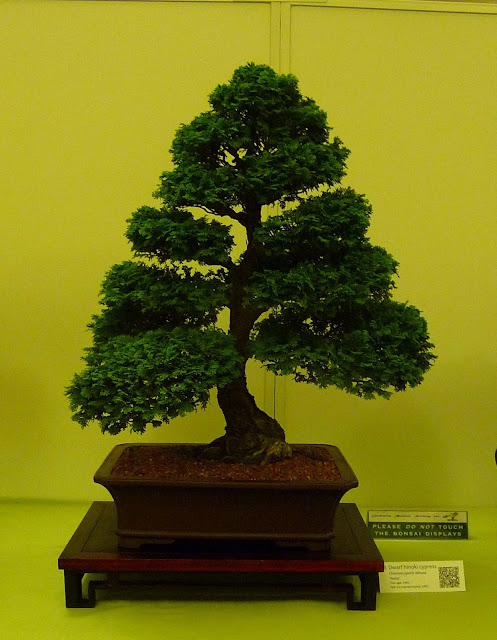 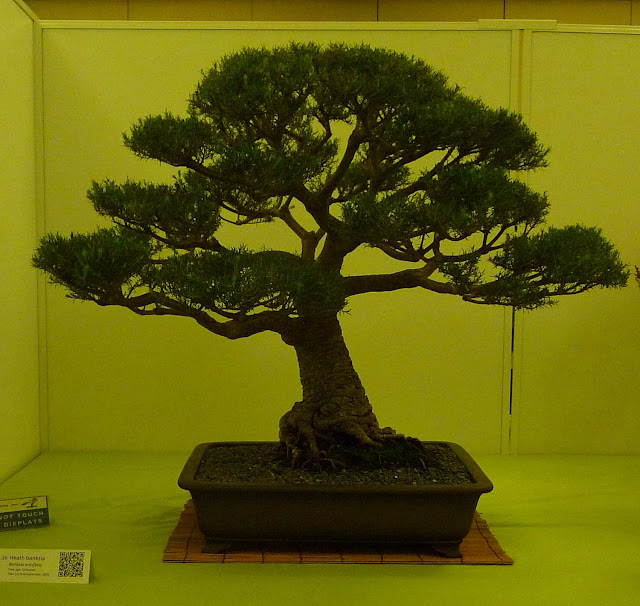 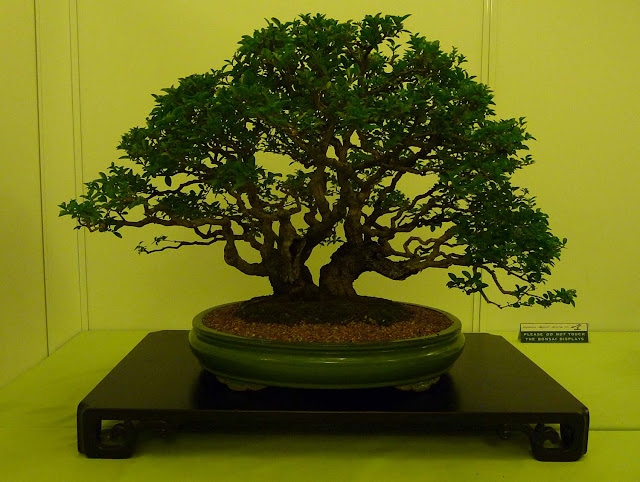 This Privet has been a bonsai for 40 years but has a confirmed history as a hedge plant back to 1873. 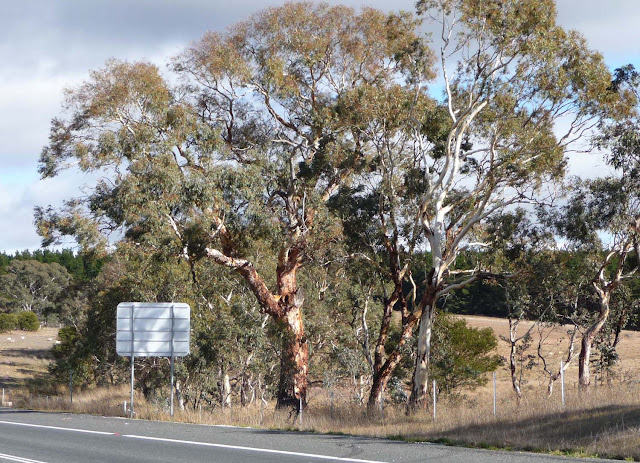 And to finish off here is a picture of a mature eucalypt just outside Canberra. Hard to photograph but a beautiful old thing full of twists, texture, deadwood and nesting hollows; a prime example of Australiana.

The final result of the pottery business at the Arboreetum was very positive. I left a few pots there for an ongoing presence and came home with no more than a handful of pots and a number of new commissions. The customer feedback was universally encouraging and helpful; thankyou. The cupboard is bare and it's time to get back into the workshop.