Shishitos are a variety of Japanese pepper that were once a rare find here in the U.S., but are now widely available here at some of our local SoCal markets (I've found them at Trader Joe's and also at the Albertsons in Wildomar) and also as a garden veggie at Lowe's and other area nurseries. They are about the size and shape of a large jalapeño, but are fairly mild in taste, with maybe one out of ten peppers being on the hotter side. They are fantastic grilled, sautéed, or fried with tempura batter as in this recipe. Highly addictive, especially when served with homemade tempura dipping sauce. 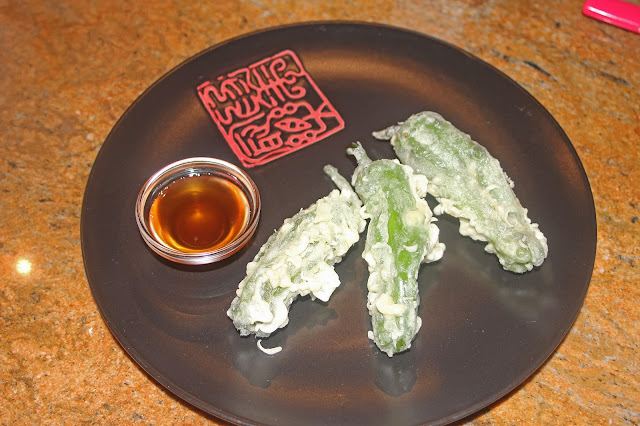 1. Seed the peppers by cutting into a "T" shape (see below photo).

2. Make the batter:
a. Sift the cake flour and cornstarch together into a small bowl. Set aside.
b. Combine the ice water and beaten egg together in a medium bowl.
c. Add the flour-cornstarch mix to the water-egg mixture and stir together briefly with
chopsticks or a whisk (do NOT overtax - small lumps left are ok). If the mixture is too
thin, add a bit of extra cornstarch.

3. Make the Dipping Sauce:
Combine all the sauce ingredients together in a bowl. Set aside.

5. Dip the peppers into the batter and gently drop into the oil (do 4-5 peppers at a time - do not overcrowd).

6. Cook 1-2 minutes until the batter becomes crisp but not brown. Remove the peppers to a paper towel-lined plate to drain.

7. Repeat with remaining peppers until done (make sure oil temperature is 325F every time you add a new batch of peppers).

8. Sprinkle the peppers with a bit of kosher salt and serve with warm tempura dipping sauce on the side. 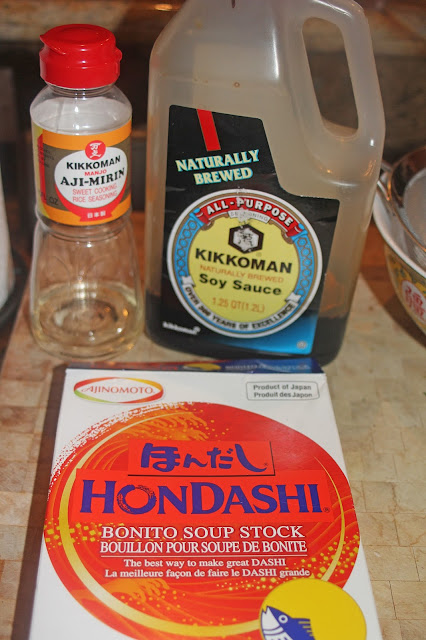 For the dipping sauce: Mirin, soy sauce, and Hondashi soup stock (I use this to make the dashi). 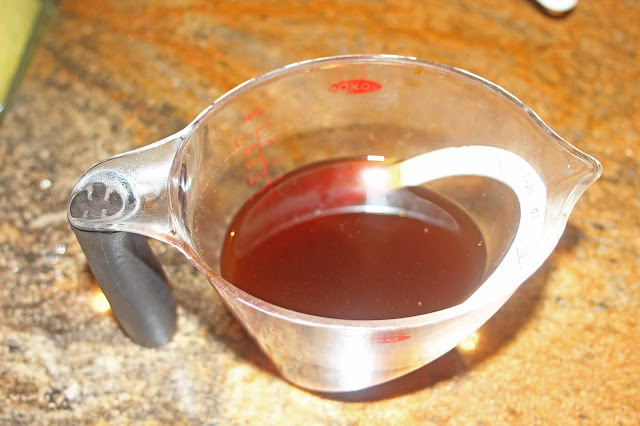 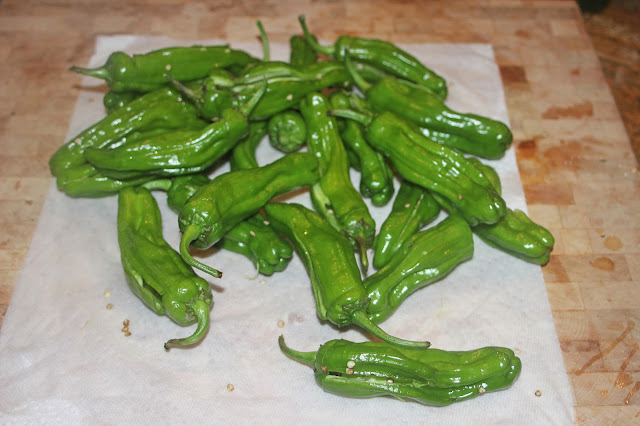 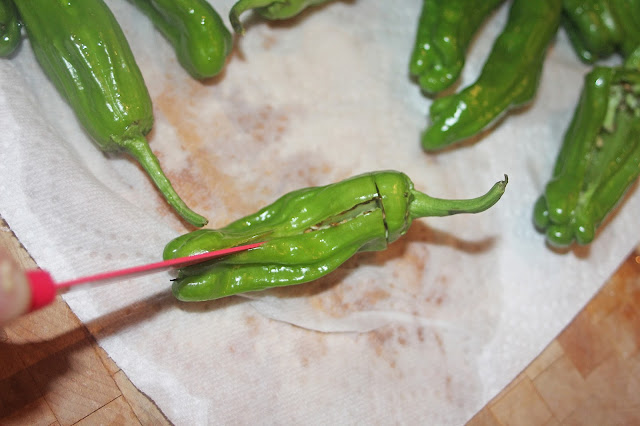 To remove the seeds, cut a "T" shape on one side of the pepper using a paring knife without cutting through, then scrape out the seeds carefully with the knife. 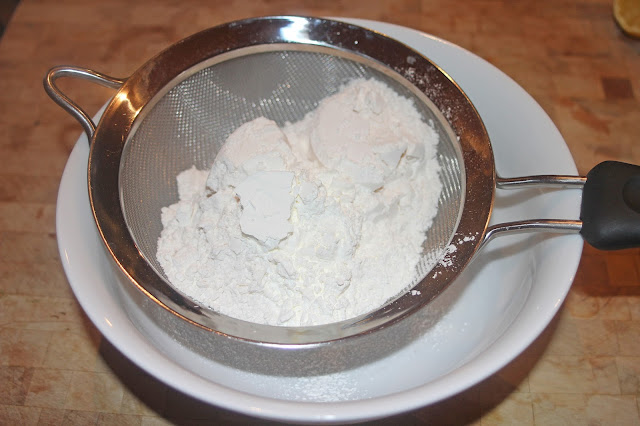 For the batter: sift the cake flour and cornstarch together. 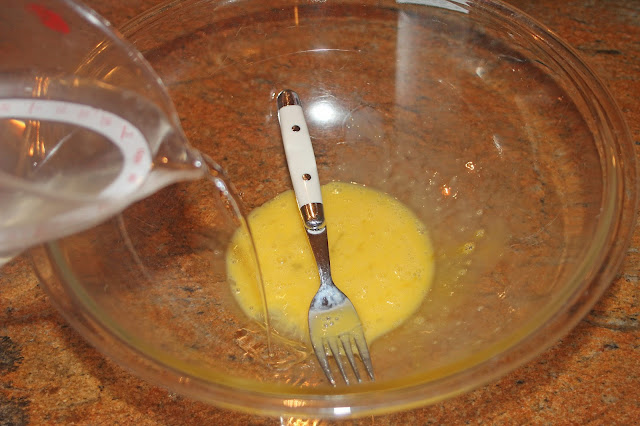 Beat an egg in a medium bowl and combine with ice cold water. 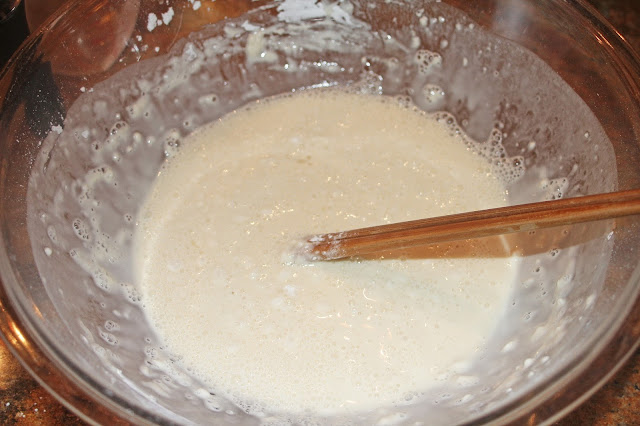 Combine the flour-cornstarch mix to the water-egg mixture, stirring briefly with a pair of chopsticks (do not overmix - it's ok if the mixture is slightly lumpy). 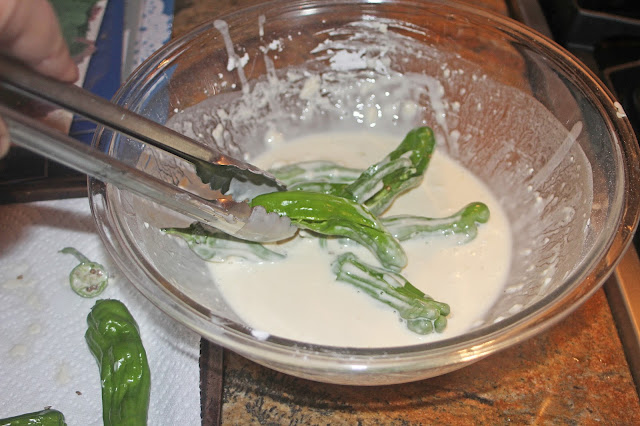 Dip the peppers in the batter. 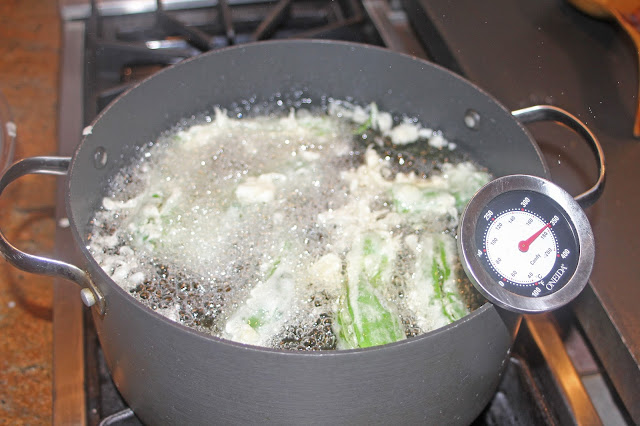 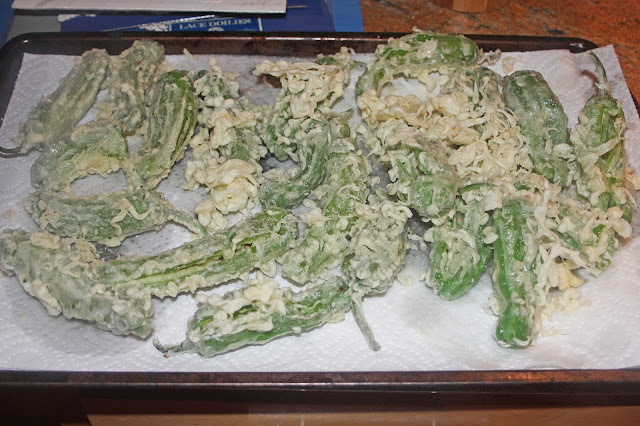 After 1-2 minutes when batter is crispy but not browned, remove the peppers to drain on paper towels. 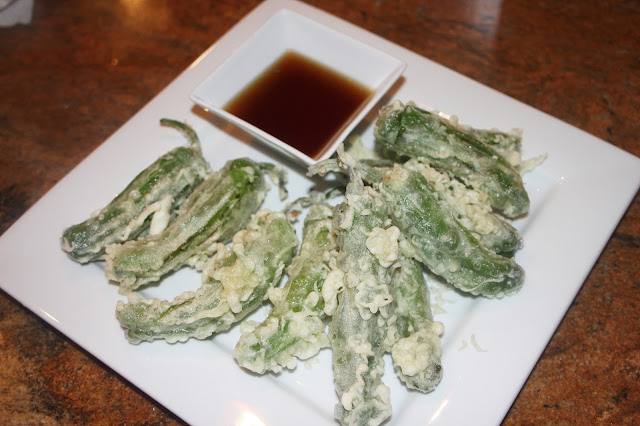 Season the peppers with a bit of salt and serve with the warm dipping sauce.