The lone Chinese outlet in the Costa Mesa Mitsuwa Marketplace food court, Sky Express holds a special position in the primarily Japanese food court (the only other option that is not Japanese in the food court is The Loft Hawaiian). Selling boba, dim sum, and Cantonese cuisine, Sky Express offers a vast menu. What one will see though coming out of Sky Express are boba and regular entrees; dim sum is not as popular. 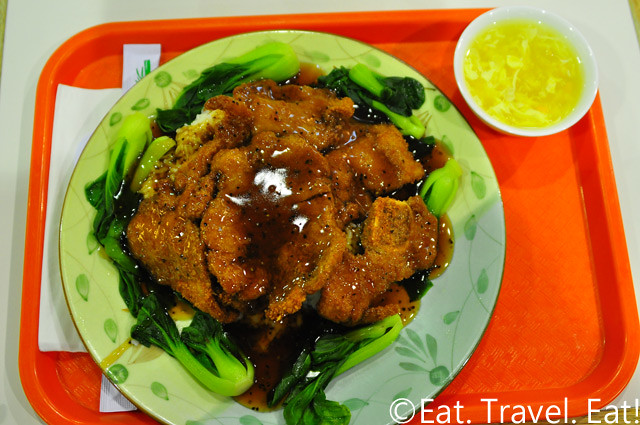 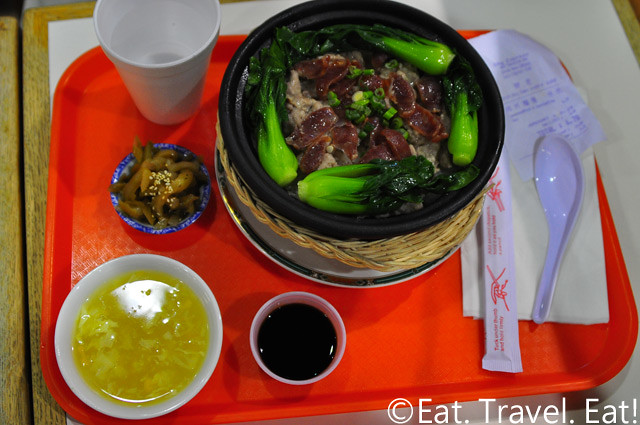 (various meal sets)
Do know that Sky Express is a competent outlet in the sea of Japanese foods; it is much better than just decent. The food also comes out at a reasonable pace, with small gaps between orders, unlike that of the vendor next door.

After looking at various Sky Express items during past visits and experiencing a long wait at other vendors, a companion and I "settled" for Sky Express while another companion waited for her order at a nearby vendor for more than thirty minutes. By that time, our meals at Sky Express had already arrived and were almost done. 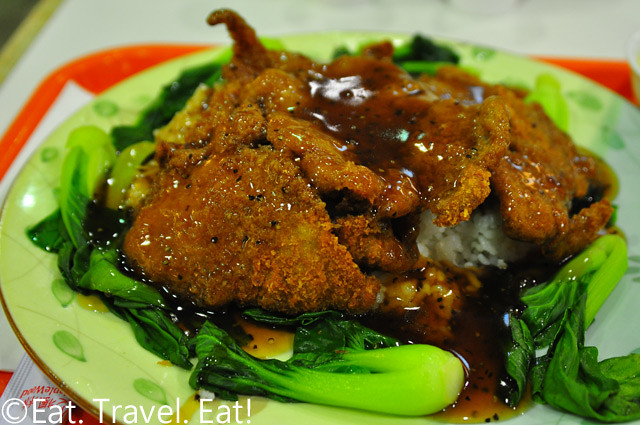 The items to order are the specials, as Elmomonster of Monster Munching suggests; and I happened to also order the daily special on this previous visit. For around six dollars, Sky Express served up more than five large pieces of panko-crusted, fragrant pork chop, several pieces of bok choy, a mound of  fatty, short-grain rice, and a generous (perhaps excessive) ladle of cornstarch laden black pepper sauce for its black pepper pork chop rice. On top of that, a comforting bowl of corn and egg drop soup was also provided.

Yes, the picture of the item and the item's description may have you salivating (another person sitting nearby my table decided to order it after seeing it); the taste, thankfully, was just as spectacular. The pork chops were crisp on the outside, yet meaty and tender in the inside; they exuded a fragrance that I have not seen in other restaurant's preparations. Even with the peppery sauce doused on top, the pork chop still retained its crunchiness; together with the sauce, rice, and vegetables, the plate was a delicious balance among meat, rice, and veggie, and I enjoyed it much so. 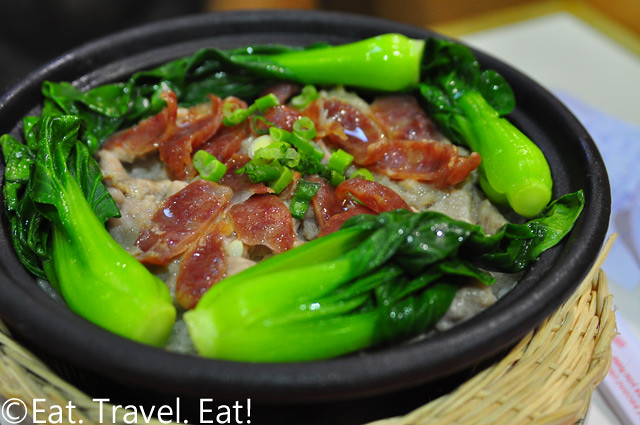 Those not desiring much cornstarch on their plates can order the hot pot rice dishes, which is what my companion did. This was a different than usual rendition for us, with the seasonings for the chicken and the soy sauce that comes with the rice different (saltier and less complex, perhaps due to the lack of MSG) than what restaurants in the San Gabriel Valley tend to offer; the comforting aspect of hot pot rice was definitely there though, and nevertheless we did enjoy the dish.

Although I will still be prone to try out the other options in the food court, it is pleasant to know that there is a  Chinese food option at the food court which serves up strong renditions of various Cantonese dishes.