The JOY Of A Cast Iron Bunt Cake

Hello, everybody! The Fresh Pioneer is back and I must admit that the title was click bait. There is no cast iron in this post. It's actually CAST ALUMINUM. 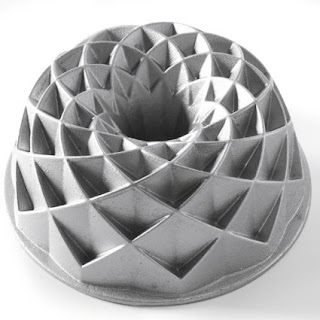 This one is called "Jubilee". Isn't it beautiful?? And yes, there is a big difference. I'm part of a facebook group called "Anonymous Cast Iron Bundt Cake Bakers" and it's a huge, lovely group of people who collect and bake (you guessed it) in cast iron bundt cake pans. 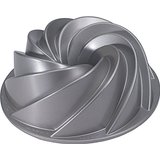 (This is the one I finally decided on, although I really wanted the Cathedral pan. This is called Heritage.)
Some bundt cakes are way beyond my abilities, even with step by step instructions and some nice cookware, but I saw a really fun cake on a blog called LivForCake.com. It's the "two-toned cake tutorial". 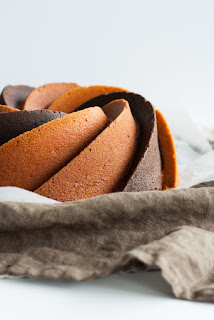 Isn't that pretty?? So, I decided when my latest book was finished, I'd buy a fun pan and make this cake! (I used to reward myself with shoes but I have limited closet space, so I moved to purses, but then my teens started "borrowing" them, and so... here we are at cakes. LOL. At least they won't take up any closet space and they make everybody happy!)

Ingredients: two cake mixes and 9 TBS of Hershey's cocoa powder
(How easy is that??)
Preheat your oven to 350F 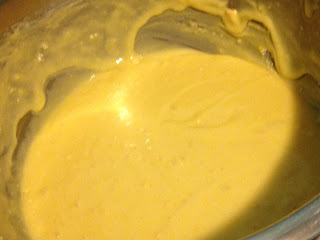 Now, in the tutorial here she uses pound cake and there's a reason for it. It sticks to the sides better, since it's denser. I didn't know this so I used cake mixes I had on hand.
(I never have cake mixes. It's not something I ever buy. BUT, strangely enough, a friend brought me two boxes after I mentioned that I'd used a boxed mix just a few times in my life. I said they tasted funny and she was determined to prove me wrong!
The verdict is: they do have a weird "boxed cake" taste, but they also were very yummy. So, I won't avoid them as much. Anyway, that's the story of the cake mixes that are in this post. :D ) 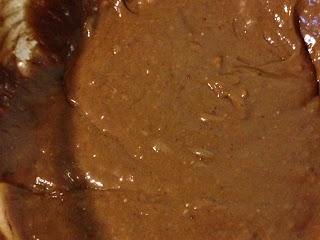 Divide the mix into three portions. Add three TBS of cocoa to one third. 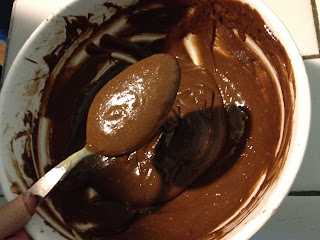 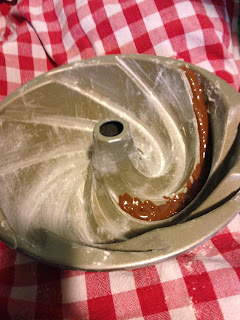 With a piping bag (or batter in a plastic bag with a hole cut in the end) spread some chocolate in one line of the pan AFTER greasing and flouring every little crevice. 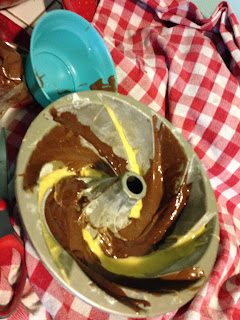 Repeat in a pattern with each batch of batter. 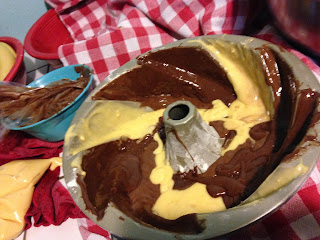 Don't do this. I went all the way up the sides, then realized the cake mix only fills the pan about 3/4 of the way full, so then I had to wipe it off. 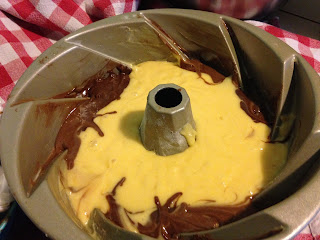 Fill in the center with what's left. We made most of ours vanilla, but if you've split the batter equally, you can simply swirl the inside and it will be a pretty marble. 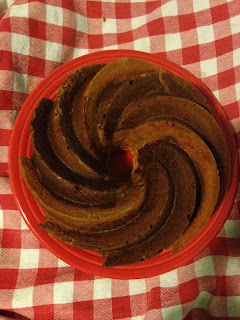 Bake for 45-55 minutes. I was VERY worried this wouldn't come out of the pan, but after I let it cool for twenty minutes and then carefully flipped it over, it popped right out! 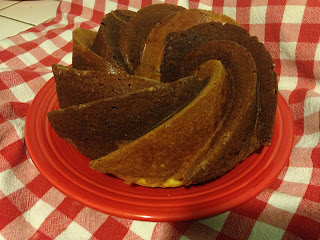 It's SO pretty, but not as pretty as the tutorial web version. It definitely spent a little too long in the oven. (Not burned, but too dark to show off the pretty stripes.) Still, I loved the shape! 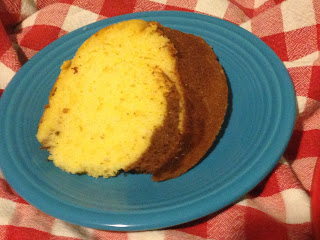 There ya go! Have a slice with a big cup of hot coffee! 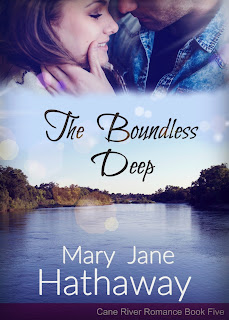 I'm celebrating the release of my newest book The Boundless Deep (and last in this series) so I'll have two cups of coffee with my cake. Happy day!