As I posted in my previous post (See "Ed Boland Writes About His Experience As A Teacher in The Battle For Room 314", Jan. 17, 2016) kids in many of NYC schools do not have a safe environment that supports their culture and out-of-school experience. We have to change this.

In the story, also today in the NYPOST about bigotry at elite high School Brooklyn Technical ("Brooklyn Tech"), students throughout New York City are crying out for recognition of heritage, culture, equality, respect, and finding appropriate strategies to survive. Devora Kaye, the DOE spokesperson, again states her meaningless answer, "We have zero tolerance for any discrimination. We’ll work to provide open forums for the school community to discuss these important issues and will provide any
support that is needed.”

She means, I think, "Stop bothering me."

Lets all get to work on this. 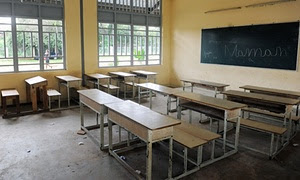 Eli Rosenberg, Jan. 14, 2016, The GuardianLINK
Stanford researchers concluded that ‘culturally relevant’ teaching is an important part of the
education of students who could flunk or might drop out

High school students saw large improvements in their grades and attendance records when they enrolled in a class dedicated to exploring race and ethnicity, researchers in California found.The Stanford University study analyzed a pilot program of ethnic studies classes at three San Francisco high schools and found that, on average, at-risk ninth-graders encouraged to enroll in the course performed significantly better than their peers who didn’t.Student attendance increased by 21%, while grade-point averages surged nearly a grade and a half for those enrolled in the class – striking results, according to the researchers. “I was surprised that this particular course could have such dramatic effects on the academic outcomes of at-risk kids,” said Thomas S Dee, a professor at Stanford who co-authored the study with postdoctoral researcher Emily Penner. “If I was reading a newspaper with results like this, I would read it with incredulity, [but] the results were very robust.”The study looked at 1,400 ninth-graders taking part in a pilot program. Students with GPAs of 2.0 or lower in eighth grade were automatically enrolled in ethnic studies during their first year of high school. Their results were compared against students who had similar GPAs who were not automatically enrolled in the ethnic studies class because their GPAs were slightly over 2.0.The study lends some support to advocates who have worked to make ethnic studies classes a larger part of school curriculums.Researchers concluded that the results of the study show that “culturally relevant” teaching is an important part of the education of students at risk of flunking or dropping out.“Slight little nudges that help people reframe their experiences can have a big effect,” Dee said.Other cities that have instituted ethnic studies offerings in school districts include Oakland and Los Angeles.In Portland, Oregon, students recently lobbied for the class to be offered on a wide basis in public high schools.But the non-traditional curriculums have been challenged by some conservatives in places like Arizona, where state legislators passed legislation banning ethnic studies from schools in 2010.California’s governor, Jerry Brown, a Democrat, vetoed a bill to develop a statewide ethnic studies curriculum in October. In Berkeley, where students have discussed ethnic stereotypes, analyzed history in racial terms, and talked about their own experiences and backgrounds in ethnic studies classes for more than 20 years, black student union leaders recently argued that black history should instead be better integrated into history curricula and that relegating the subject to a portion of a semester-long class was “insulting.”Dee said that he hoped the study would help move the discussion in a more constructive direction.“One of my hopes is that this research helps shift the debate away from those heated political outcomes towards student outcomes, about which everyone cares,” he said. “They may have dramatic effects.” 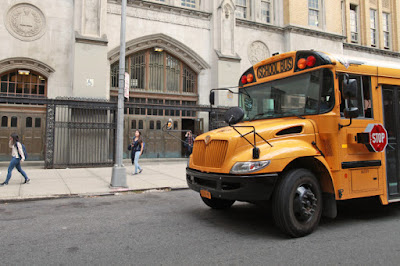 LINK
Racism is rampant at elite Brooklyn Tech HS, black students say.
On a new Facebook page gaining in popularity, Black in Brooklyn Tech, students describe offensive and insensitive treatment by faculty as well as classmates.A movement to end the “blatant bigotry” erupted after several students, since suspended, allegedly made racist jokes in a private Facebook chat.The school’s Black Student Union created the hashtag #blackinbrooklyntech to “share the stories of racial discrimination and harassment we face” as a minority in the top-rated school, and to open a dialogue, it said in a statement released to The Post.The social-media campaign is an embarrassment to the city Department of Education and the 5,400-student Brooklyn Tech, the largest of eight elite high schools which base admissions solely on a special test.The student body is 81 percent Asian, 20 percent white, 8 percent Hispanic and 8 percent black. Mayor de Blasio’s son, Dante, is a recent graduate.Among the alleged incidents posted:·         “Getting sent anonymous lynching & KKK jokes.”·         A class clown at the front of the classroom did “what he seemed to think was a funny impression of a stereotypical black woman” named “Lakeisha.”·         Black girls wearing crop tops and shorts in the summer “get sent to the dean’s office while girls of other races who are wearing the same things do not.”·         A guidance counselor told a student expressing a goal to earn higher grades: “The day you get above a 90 average I’ll grow an Afro.”·         An English teacher instructed a student who skipped the “N” word while reading the novel “Heart of Darkness” aloud in class to “go back and read that word.”In response to the uproar, one teacher reportedly told students, “Race relations aren’t that bad in this school. You could have it a lot worse.”On Friday, members of the Black Student Union met with principal Randy Asher and high school superintendent Karen Watts to discuss solutions. Asher has already begun to “enforce mandatory sensitivity training” for faculty members, they said.DOE spokeswoman Devora Kaye said: “We have zero tolerance for any discrimination. We’ll work to provide open forums for the school community to discuss these important issues and will provide any support that is needed.”