The Treachery Of Language 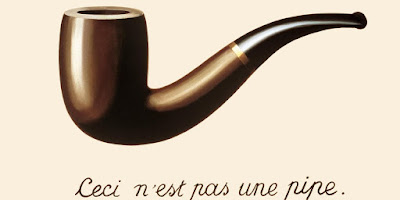 Rene Magritte "The Treachery Of Images 1928 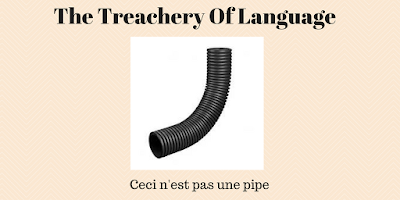 Magritte's painting has the caption "this is not a pipe". In doing so he is admonishing/advising the viewer that it is not an actual pipe, merely the representation of one in painting. Yet there is a further distancing layer than that even, in that it is a painting of the image or the symbol of what we mean by the word 'pipe'.
Marc Nash's version is that whatever the treachery held by imagery, there is further treachery upon treachery, when you introduce language into the picture.
Firstly let's not overlook that without Magritte's caption painted on the canvas, the painting would have far less meaning to transmit. This painting without its words, would be a fairly contextless painting of a pipe. It is only the injection of language through its caption that transmits Magritte's meaning, as it sets up the resonance through the paradox it presents.
But Nash points out language is equally treacherous. The word 'pipe' does not conjure up a singular, universal image. Magritte's pipe burns the solid state of tobacco and produces gas in the form of smoke. Nash points to a whole host of pipes who don't deal in solid states at all, but channel the passage of fluids and in some cases, like a car exhaust pipe, gases too.
Apart from a sprinkling of onomatopoeic words, few of which are employed as object nouns (most are sonorous verbs or objectless exclamation nouns such as 'boom'), the sound of a word bears no relationship to its meaning. It is this disjunction that makes language treacherous. Without the visual image Magritte provides, we would have no idea if 'this is not a pipe' refers to something not being a smoker's pipe, or a hosepipe, some duct piping, a drainpipe,  an oil pipeline, a sewer, the outside of the Pompidou Centre, or a pipe bomb.
Magritte relies on language to contextualise his painting, but in doing so undermines it at a stroke. It is language whose treachery far outstrips that of images. Images and their referent symbols are nothing without the labelling of words grouping them together as 'universals'. Yet it is that very universalising that reduces much of the essence of things, grouping together broad categories of objects which have significant differences one from another. Can you smoke a sewer pipe? You can light it and it would likely explode from the gases passing through. A literal approach to the word sewer pipe would be fatal in such a case. Can you pass water through a smoker's pipe? Well only if it was one of those comedy bubble-blowing pipes perhaps. And the ingenuity of the crack smoker, who forges a crack pipe out of anything that resembles a piece of tubing, merges the two 'universal' meanings of the word 'pipe' into a single function.
Now Magritte's work has led to self-reflection on the image within the art world, but there has been far less investigation in fiction of the treachery of language; of the dissociation between the sound of a word and its meaning. Consider how we acquire language - as a child language is modelled for us by adults and the child imitates those sounds. Over time the child starts cohering those sounds to associate them with specific words which further will be constructed together into sentences. By age 2 they will have a grasp of pronouns, by 3 they are able to construct sentences and by four understand directions for them to respond to. It is only when they start nursery school that they begin to be taught how to read write and spell these words they have already mastered vocally. They learn to spell by wrote or by reading and picking up spellings, because there is no logical relationship between sound and meaning.
This is one of the themes I explore in my novel released in 10 days. 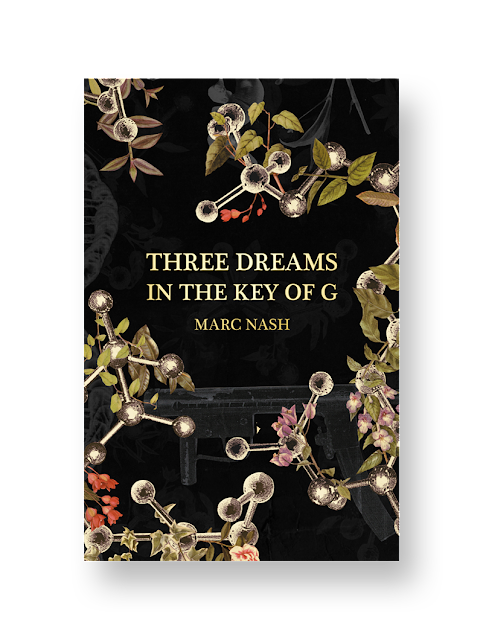